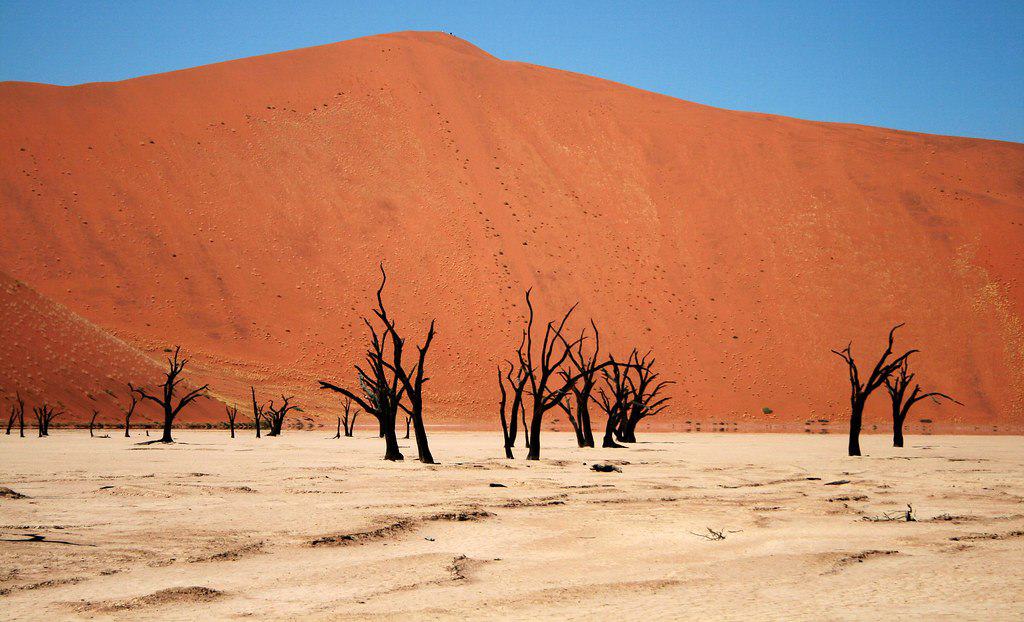 Most people overlook deserts as a mere harsh landscape with less or zero tourism potentials. In other words, they see it just as a barren strip of land with nothing but blandly enveloped by endless folds of undulating sands. However, this comes as a surprise for those-in-know, being the reality a complete contrast to it! Yes, a desert is where nature rules in all its elan, radiating an unequaled grandeur and enigmatic tranquility at every turn. Almost one third of our planet is covered by deserts. With temperature ranging from intensely hot to extremely cold, each of them is exceptional and unique in its own right. Some are steeped in legends and date back to millions of years, while some inhabit really rare and endangered flora and fauna.  So if you’re curious to know what really makes a desert trip tick, here we bring you a list of the most beautiful deserts in the world which you should experience at least once in your lifetime.

Anyone who has been to this copiously magnificent coastal desert will understand why it’s on top of this list. Extending for over 2000 kilometers across South Africa, Namibia and Angola, it’s over 50 million year old, making it the world’s oldest desert. Filled all over with copper colored sands, this may appear desolate, but surprisingly, its rich biodiversity is certain to blow you away. One of the most unique among them is the desert plant, namely, welwitschia, which can survive up to 2000 years and seen only in this part of the world. It also contains some of the world’s largest sand dunes (at a height of over 400 meters). However, the specialties of this desert don’t end here; it’s a great place for game viewing, camping, stargazing, and even experience the intriguing culture of the age-old Himba tribe.

This desert in Chile may be the planet’s driest part, but its surreal landscape with rich flora and fauna, intriguing archeological remnants and of course the geological wonders of over 200 million years, makes it worth an unforgettable trip. Moreover, the sky here is so clear year-round that this makes it one of the most sought-after destinations in the world for stargazing and even spot the Milky Way.

It’s not only the world’s largest hot desert, but also the world’s third largest desert. Occupying an enormous area which equates almost the size of United States of America (USA), it spills over seven countries and regions across North Africa. Between its immense calmness and infinite sand seas, there is abundant allure which takes form of dry valleys, oases, wells, and sand dunes of about 180 meters high.

The Arabian Desert spans almost the whole of Arabian Peninsula and is spread over several countries including Saudi Arabia, Kuwait, Qatar, Oman, Jordan and UAE. From the supremely vast Rub ’al Khali Desert (which is the largest of its kind and stretches over four countries) to the iconic desert safari Dubai (in the UAE), each of these regions presents the best bit of the dunescape complemented by a host of desert-exclusive activities and cultural highlights. In fact, it’s a real gem of the Western Asia which conjures up the images of a fantastical world associated with some timeless folklore characters and mythical creatures including Aladdin, Ali Baba, Roc, Qutrub etc.

A visit to this dramatic oasis town tucked away amidst the desert landscape of Peru’s Inca Province will transport you to a magical realm. With a linking to the popular folklore of Huacay China, its focal point is a lagoon fringed by palm trees and which is thought to have therapeutic elements. From sandboarding and buggy rollercoaster ride to a tranquil cruise along the oasis, there are a variety of ways to admire the region’s otherworldly beauty.

Known as the Australia’s fourth largest desert, Simpson is a vastly stunning and vividly colored desert which occupies the parts of Northern Territory, encompassing Queensland and South Australia. Besides being home to the longest parallel sand dunes in the world, it also boasts of some amazing natural phenomenon such as Rainbow Valley – a protected area with unique sandstone formations featuring colored rings (which lit up in the sunshine); Chambers Pillar – an ancient 50-meter high sandstone pillar that rises above the desert; and most of all, the Ewaninga Rock Carvings Conservation Reserve which sheds light on the region’s unique aboriginal culture, thanks to its age-old carvings.

This is the North America’s driest desert which extends for over 125,000 across the southwestern part of the US, primarily covering the states of California and Nevada. It holds some amazing attractions by way of Death Valley which is the North America’s lowest point (being 86 meters below the sea level) and the Mojave National Preserve, brimming with unequaled natural splendors including Rock Spring Trail, Teutonia Peak, Lava Tube, Kelsa Dunes, and of course the world’s largest Joshua tree forest.

In the Indian Subcontinent’s northern part, Thar Desert is not only immensely appealing but also one of the world’s most populated desert regions. With an overall area of 200,000 square kilometers, more than 80% of the desert lies in India and the remaining part in Pakistan. A visit to its main cities like Jaipur, Jaisalmer, Bikaner, Udaipur etc will give you the ultimate chance to experience the region’s compelling charm, extraordinary culture, and many colorful desert fairs and festivals. Moreover, take a camel safari and don’t miss its 10 plus protected areas, particularly the Tal Chhapar Sanctuary, the Nara Desert Wildlife Sanctuary and the Rann of Kutch Wildlife Sanctuary.

This list of best desert in the world is incomplete without mentioning about Gobi Desert. It’s both the world’s fifth largest desert and the Asia’s largest dry area. The historic past reveals that it once an inevitable part of the iconic Silk Route with some of the major cities stationed across the desert. Stretching over the parts of China and Mongolia, it’s characterized by extreme weather conditions. While temperature reaches up to 50 degrees Celsius in summer, it dips to -40 degree Celsius during winter months. That apart, it’s highly regarded for its awe-inspiring natural surroundings, comprising Khongor sand dunes, extraordinary fossil sites, striking mountains, and the canyon of Kherman Tsav (featuring red mud rocks).

The largest salt desert in the world is also one of the seven wonders of the South America. Located at an altitude of over 4000 meters, Salar de Uyuni in Bolivia’s Daniel Campos Province is a natural miracle which came into existence as a result of the drying out of the region’s pre-historic lake. With salt flats sprawling over an area of about 10,500 square kilometers, it may be devoid of life, but its surroundings offer some memorable experiences. Check out Uyuni Train Cemetery, see gigantic cacti at Incahuasi Island, and be in awe at its many volcanoes including Tunupa and Licancabur.