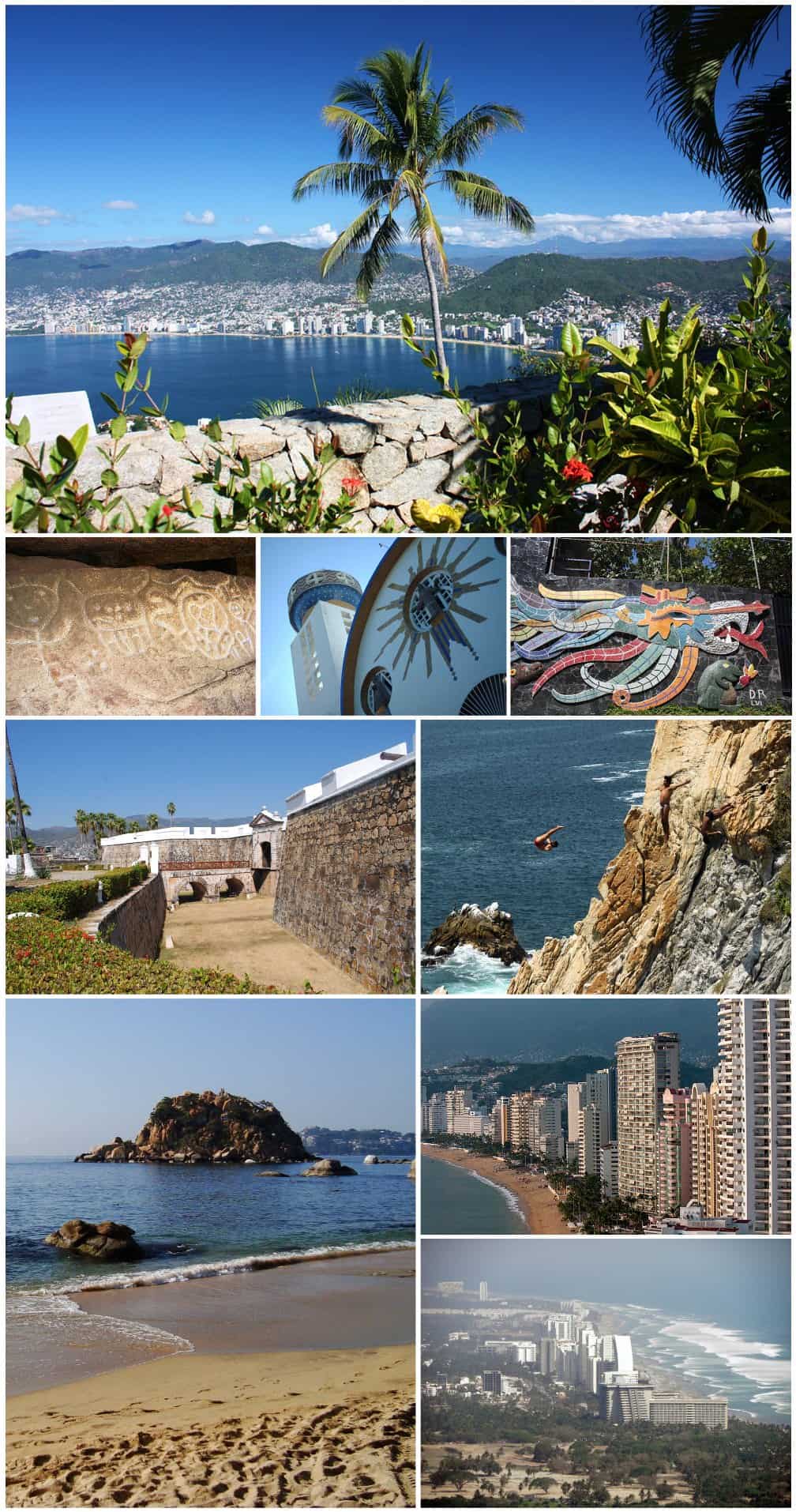 Acapulco (officially known as Acapulco de Juárez) is a city, municipality and major sea port in the state of Guerrero on the Pacific coast of Mexico, 300 kilometres southwest from Mexico City. Acapulco is located on a deep, semi-circular bay and has been a port since the early colonial period of Mexico’s history. It is a port of call for shipping and cruising lines running between Panama and San Francisco, California, United States.