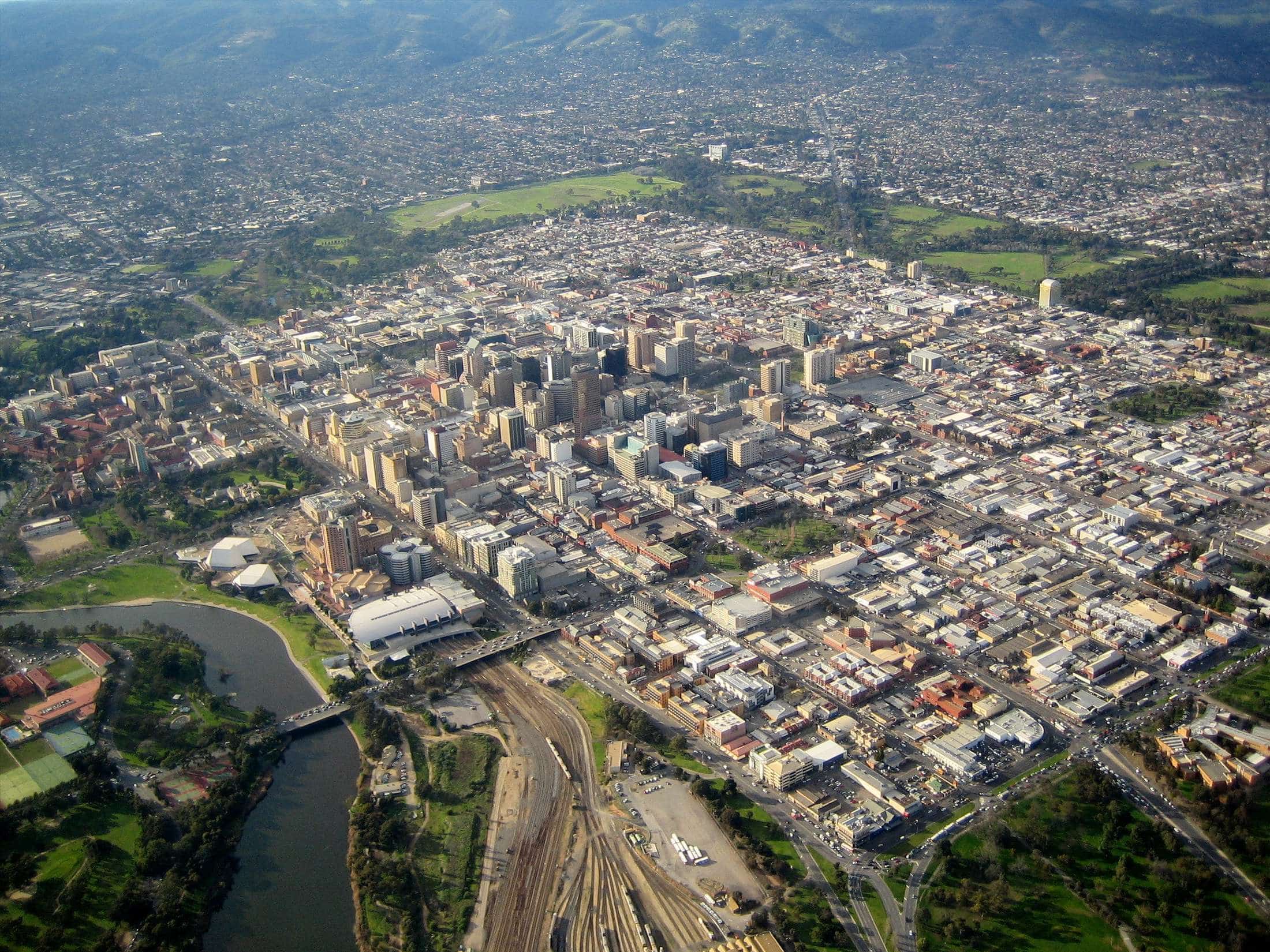 Adelaide is the capital city of South Australia and the fifth-largest city in Australia. According to the 2011 census, Adelaide has a population of 1.23 million. The demonym “Adelaidean” is used in reference to the city and its residents. Adelaide is north of the Fleurieu Peninsula, on the Adelaide Plains between the Gulf St Vincent and the low-lying Mount Lofty Ranges which surround the city.