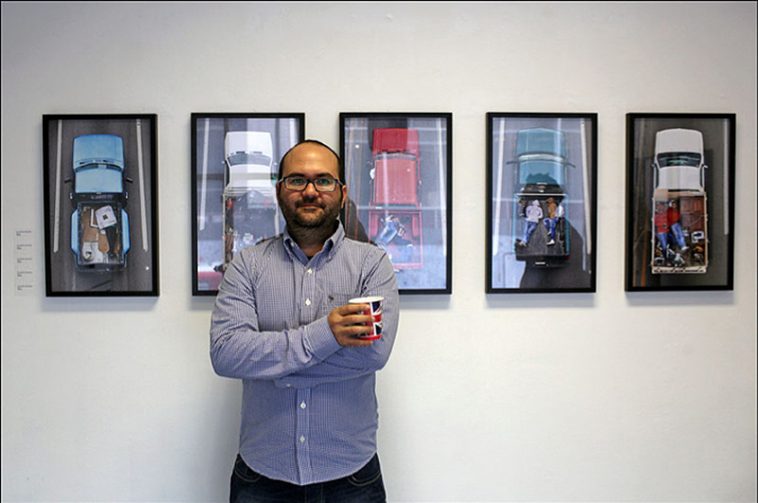 Alejandro Cartagena, Mexican (b. 1977, Santo Domingo, Dominican Republic) lives and works from Monterrey, Mexico. His endeavors use landscape and portraiture as a means to examine social, urban and ecological problems. Cartagena’s work has been shown internationally in more than 50 group and individual exhibitions in areas such as the the Fondation Cartier pour l’art contemporain in Paris and the CCCB in Barcelona, and his job is currently in the collections of many museums such as the San Francisco MOMA, the Museum of Contemporary Photography in Chicago, the Portland Museum of Art, The West Collection, the Coppel collection, the FEMSA collection, Museum of Fine Arts in Houston, the George Eastman House and the Santa Barbara Museum of Art and among others.

Alejandro is a self writer and co-editor and has created several award-winning titles such as Santa Barbara Shame on US, Skinnerboox, 2017, A Guide to Infrastructure and Corruption, The Velvet Cell, 2017, Rivers of Power, Newwer, 2016, Santa Barbara yield Jobs into US, Skinnerboox, 2016, Headshots, Self-published, 2015, Before the War, Self-published, 2015, Carpoolers, Self-published with assistance of FONCA Grant, 2014, Suburbia Mexicana, Daylight/ Photolucida 2010. A number of his novels are from the Yale University Library, the Tate Britain, and the 10×10 Photobooks/MFH Houston book collections among others.

He’s been named an International Discoveries of the FotoFest festival, a FOAM magazine TALENT and an Emerging photographer of PDN magazine. He’s also been a finalist for its Aperture Portfolio Award and has been nominated for its Santa Fe Photography Prize, the Prix Pictet Prize, the Photoespaña Descubrimientos Award and the FOAM Paul Huff Award. His work has been published internationally in magazines and newspapers like Newsweek, Nowness, Domus, the Financial Times, The New York Times, Le Monde, Stern, PDN, The New Yorker, and Background among others.