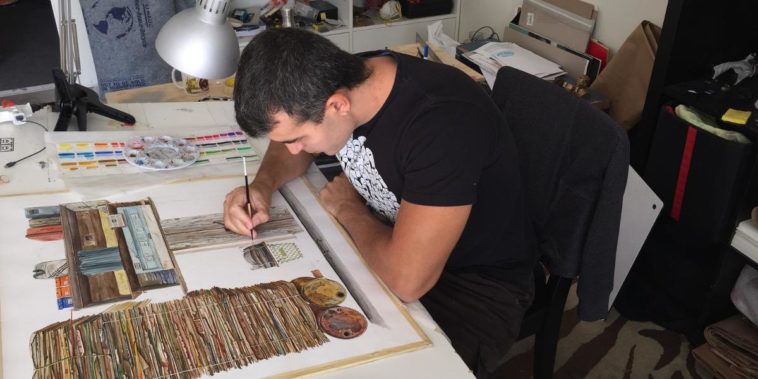 Alvaro was born in São Paulo, Brazil but has also lived in Lima, New York City and now Los Angeles. These urban environments have shaped his memory and permeate most of his work. He is self-taught as well as homeschooled. His father is an illustrator who was a constant source of inspiration and encouragement to Alvaro growing up, but having an artist father could be frustrating at times too – especially when he would compare his drawings or paintings to the ones by his dad which were always so much better! He recalls one time when he was 17 years old that he gave up on art altogether because he thought it wasn’t good enough – so he decides to quit. Naddeo is a painter who has been living in New York City for the past 20 years. He pursued a career in advertising as an Art Director, something that still allowed him to exercise his interest in art but without requiring mastery with the pencil or brush. Now he is back to painting and this time he’s not quitting.