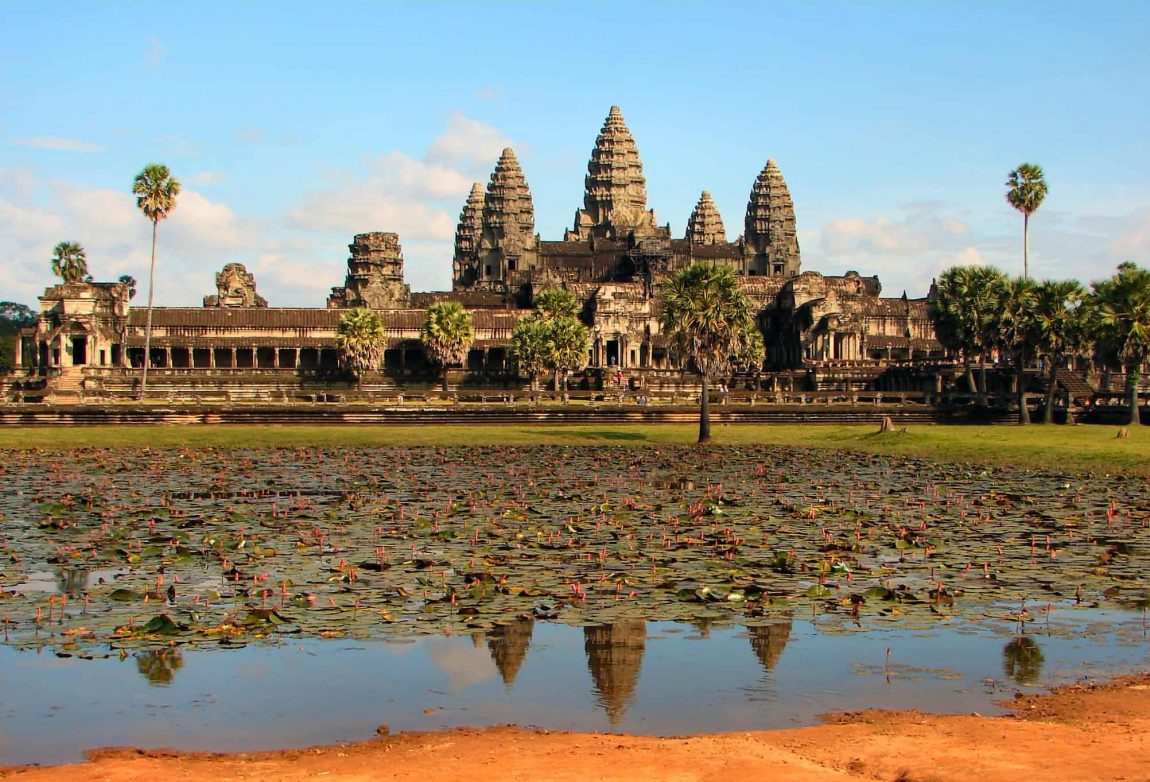 Angkor Wat is the largest Hindu temple complex and the largest religious monument in the world. The temple was built by a king Suryavarman II in the early 12th century in Yasodharapura, the capital of the Khmer Empire, as his state temple and eventual mausoleum. Breaking from the Shaivism tradition of previous kings, Angkor Wat was instead dedicated to Vishnu.