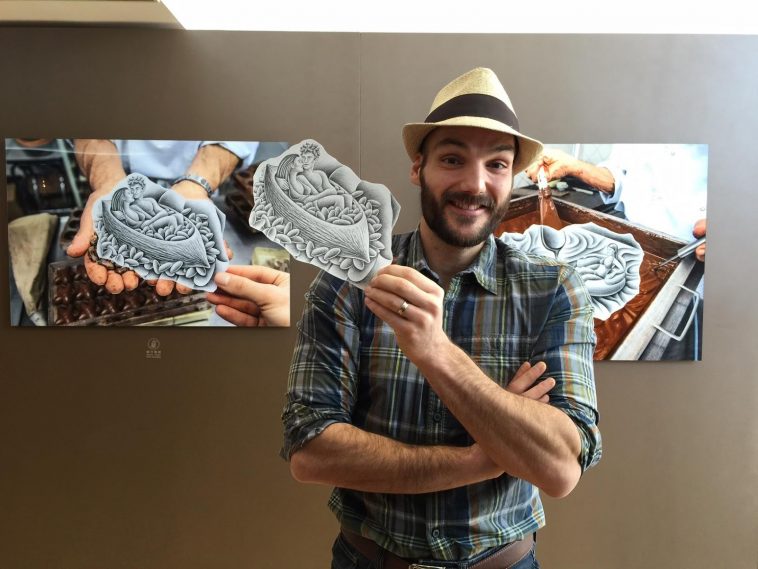 Ben Heine is a Belgian visual artist and music producer born in 1983 in Abidjan, Ivory Coast, presently working and living in Brussels, Belgium. He is famous for his original series “Pencil Vs Camera”, “Digital Circlism” and “Flesh and Acrylic”. He’s a Master degree in Journalism finished at IHECS school of Journalism in Brussels. He also briefly studied History of Art, Painting and Sculpture at Hastings College of Arts & Technology in the UK. He is a self-taught person in drawing, photography and audio. During his academic practice, he was also able to learn a few music instruments (drums and piano) and many languages (French, English, Dutch Polish, Spanish and Russian). His artworks were exhibited in countless temples and temples in Belgium, Hong Kong, South Korea, the UK, Russia, Romania, The Netherlands, Italy, Germany, France, Canada, the US, Turkey, Brazil, and Spain. His works have been published in a number of the most famous newspapers and magazines. Ben is a passionate traveller, he loves discovering new cities and civilizations, each one of them being a massive source of inspiration for his creative endeavors. Through his career course, Heine became the ambassador of famous brands such as Samsung and Mazda plus he’s worked for other clients like Harbour City, Diesel, Turismo de Canarias, Semmel-Concerts, Kare Design, Moscow Planetarium, McCann Erickson, although still making time for personal projects. He began producing and composing songs in 2012. A documentary about his job premiered in 2012. Ben is married to Marta and they have two children. Ben’s father was a commercial engineer and his mother a choreographer and a dance teacher.