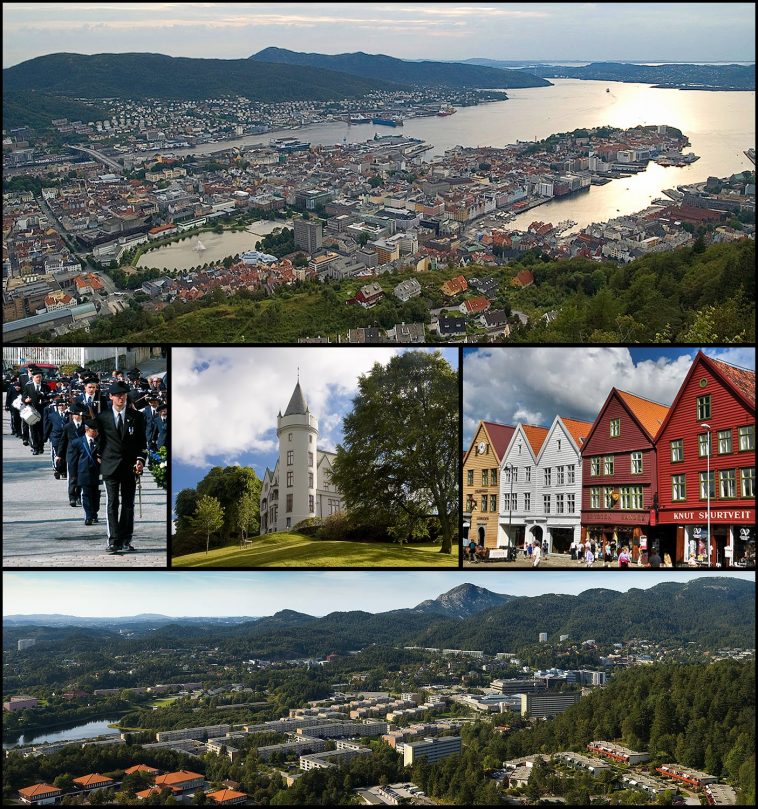 Bergen is a city and municipality in Hordaland on the west coast of Norway. As of 13 July 2013, the municipality had a population of and Greater Bergen had a population of, making Bergen the second-largest city in Norway. The municipality covers an area of 465 square kilometers and is located on the peninsula of Bergenshalvøyen. The city center and northern neighborhoods are located on Byfjorden and the city is surrounded by mountains, traditionally held to be seven mountains.