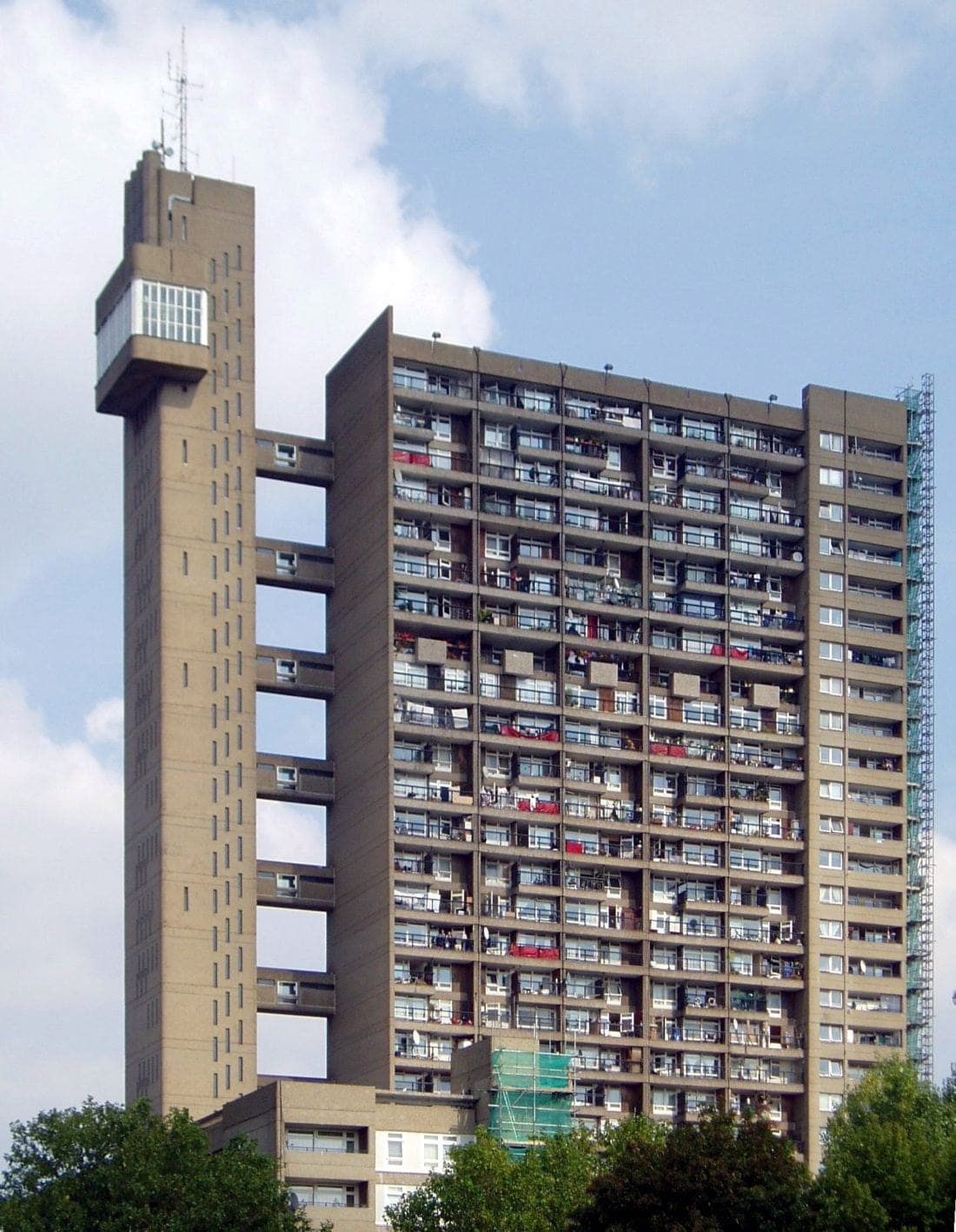 Brutalist architecture is a style of architecture which flourished from the 1950s to the mid-1970s, spawned from the modernist architectural movement. Examples are typically very linear, fortresslike and blockish, often with a predominance of concrete construction. Initially the style came about for government buildings, low-rent housing and shopping centres to create functional structures at a low cost, but eventually designers adopted the look for other uses such as college buildings.