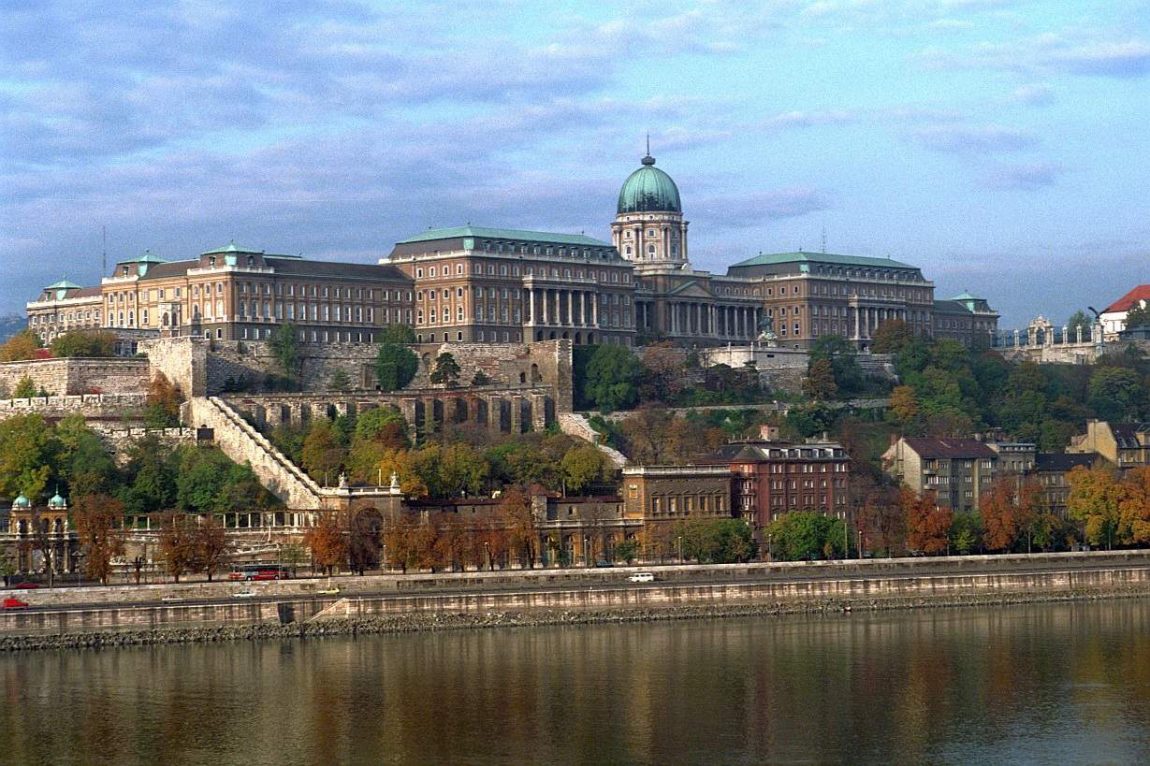 Buda Castle is the historical castle and palace complex of the Hungarian kings in Budapest, first completed in 1265. In the past, it was also called Royal Palace and Royal Castle. Buda Castle was built on the southern tip of Castle Hill, bounded on the north by what is known as the Castle District (Várnegyed), famous for its Medieval, Baroque, and 19th-century houses, churches, and public buildings. It is linked to Clark Ádám Square and the Széchenyi Chain Bridge by the Castle Hill Funicular.