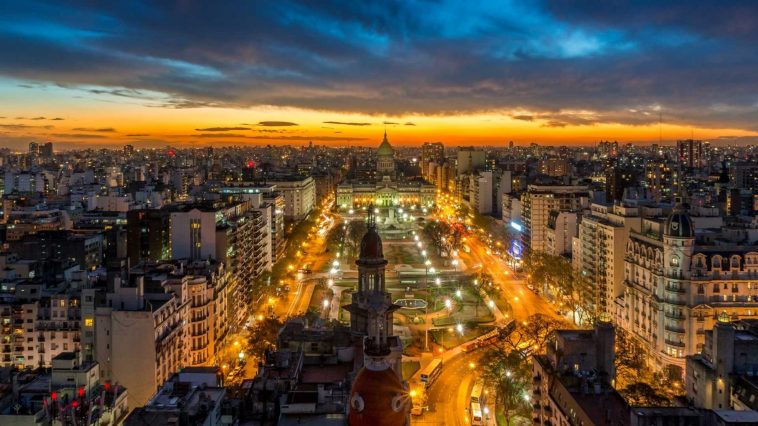 Buenos Aires is the capital and largest city of Argentina, and the second-largest metropolitan area in South America, after Greater São Paulo. It is located on the western shore of the estuary of the Río de la Plata, on the southeastern coast of the South American continent. The Greater Buenos Aires conurbation, which also includes several Buenos Aires Province districts, constitutes the third-largest conurbation in Latin America, with a population of around thirteen million.