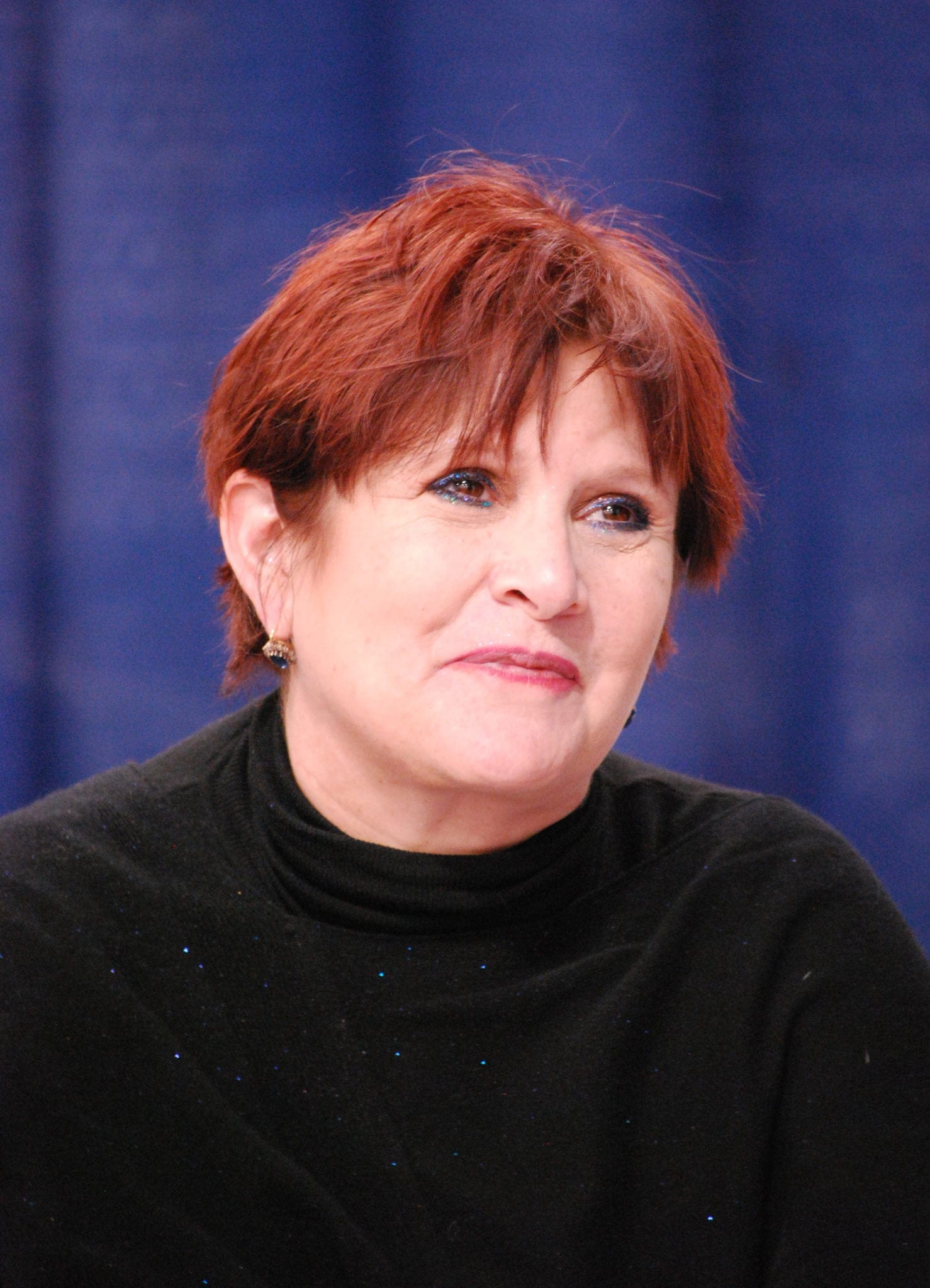 Carrie Frances Fisher (born October 21, 1956) is an American actress, novelist, screenwriter, and performance artist. She is best known for her portrayal of Princess Leia in the original Star Wars trilogy. She is also known for her bestselling novel Postcards from the Edge and screenplay for a film of the same name, as well as her autobiographical one-woman play, Wishful Drinking, and the non-fiction book she based on it.