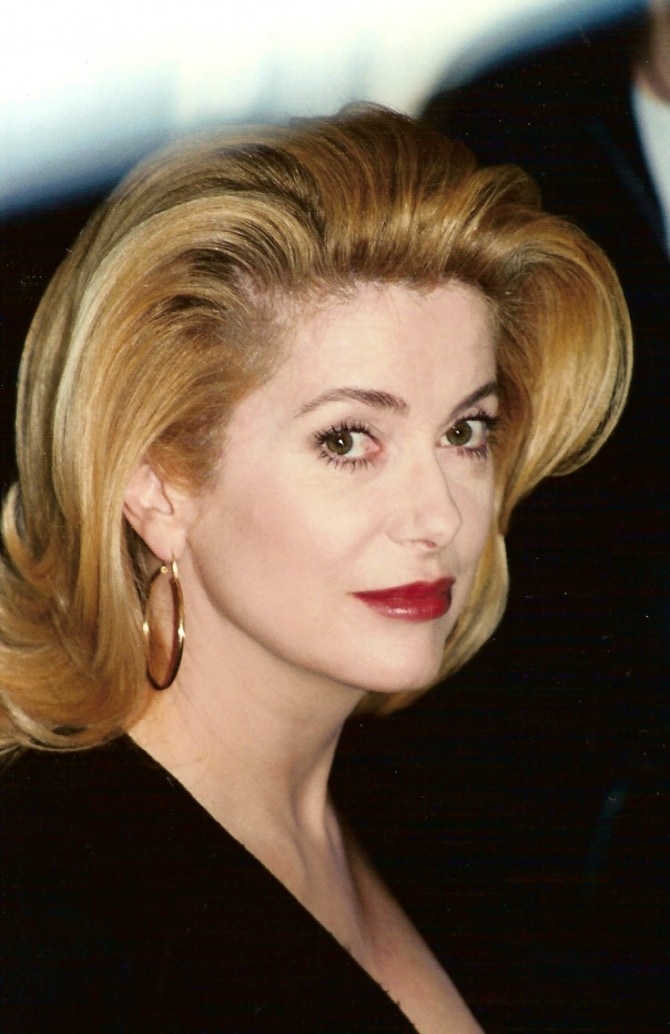 Catherine Deneuve is a French actress. She gained recognition for her portrayal of aloof and mysterious beauties in films such as Repulsion (1965) and Belle de jour (1967). Deneuve was nominated for an Academy Award for Best Actress in 1993 for her performance in Indochine; she also won César Awards for that film and The Last Metro (1980). One of France’s most renowned actresses, she has also appeared in seven English-language films, most notably the 1983 cult classic The Hunger.