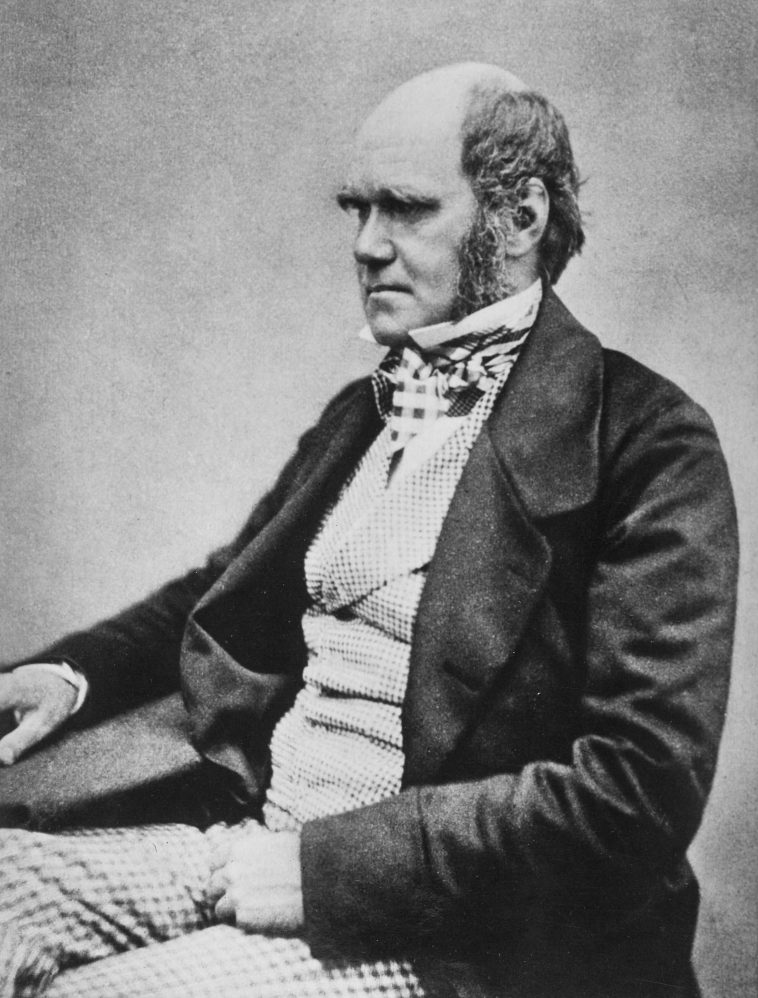 Charles Robert Darwin, FRS (12 February 1809 – 19 April 1882) was an English naturalist. He established that all species of life have descended over time from common ancestors, and proposed the scientific theory that this branching pattern of evolution resulted from a process that he called natural selection, in which the struggle for existence has a similar effect to the artificial selection involved in selective breeding.