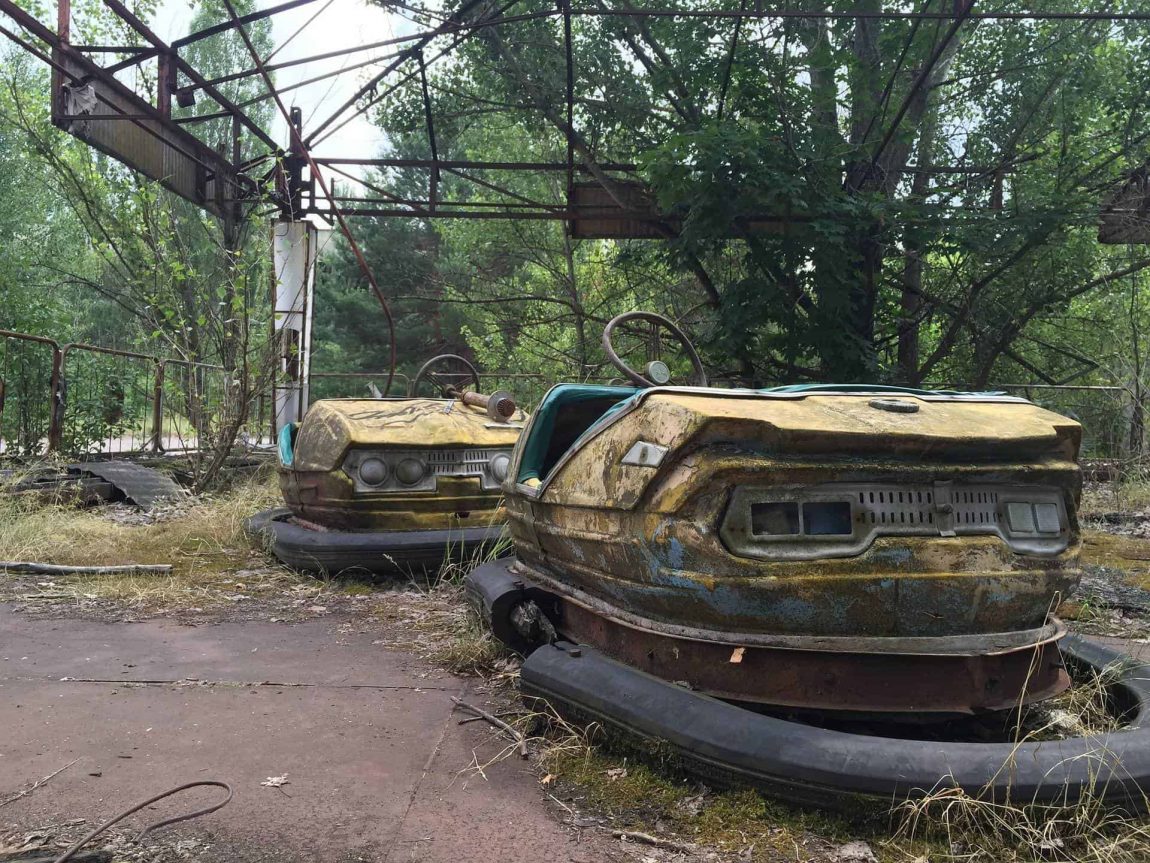 The Chernobyl disaster, also referred to as the Chernobyl accident, was a catastrophic nuclear accident in Ukraine.
The event occurred during a late-night security evaluation which simulated a channel blackout power-failure, in the class of which security systems were intentionally turned off. A combination of underlying reactor design flaws as well as the reactor operators organizing the core in a manner contrary to the checklist for the evaluation, eventually resulted in uncontrolled reaction conditions. Water flashed to steam creating a damaging steam explosion and another open-air graphite fire. This fire produced considerable updrafts for about nine days. The estimated radioactive inventory that was released during this very hot fire phase approximately equaled in size the aerial fission products released in the initial destructive explosion.

The Chernobyl accident dominates the power accidents sub-category of most disastrous nuclear power plant accident in history, both in terms of price and casualties. It’s one of just two nuclear energy mishaps categorized as a flat 7 event (the highest classification) on the International Nuclear Event Scale, the other being the Fukushima Daiichi nuclear disaster in Japan in 2011. The struggle to safeguard against scenarios that were perceived, in many instances falsely, as with the capacity for greater catastrophe, together with afterwards decontamination efforts of their environment, finally involved over 500,000 workers and cost an estimated 18 billion rubles.

Throughout the crash, blast effects caused two deaths within the center; one immediately following the burst, and the other later due to lethal doses of radiation. Later, 134 people were hospitalized with acute radiation signs, of which 28 firemen and workers expired in the days-to-months afterward in the effects of acute radiation syndrome. Additionally, roughly fourteen cancer deaths among this group of initially hospitalized survivors were to follow within the next ten years (1996). While one of the broader population, an excess of 15 youth thyroid cancer deaths were documented as of 2011. It will take additional time and investigative funding to definitively ascertain the elevated relative risk of cancer among both surviving workers and the population at large.

The remains of the No.4 reactor building were enclosed in a big cover which was named the “Object Shelter.” It is frequently referred to as the sarcophagus, the purpose of which was to reduce the spread of the residual radioactive debris and dust out of the wreckage and the security of the wreckage from further weathering. The sarcophagus was completed in December 1986 in a time when what was left of this reactor was entering the cold shut-down stage; the enclosure was not intended as a radiation shield, but was assembled quickly as occupational safety for the teams of another undamaged reactor at the powerhouse, with No.3 continued to produce electricity into 2000.

The injury prompted safety upgrades on all remaining Soviet-designed reactors from the RBMK (Chernobyl No.4) household, of which eleven continued to power electric grids as of 2013.