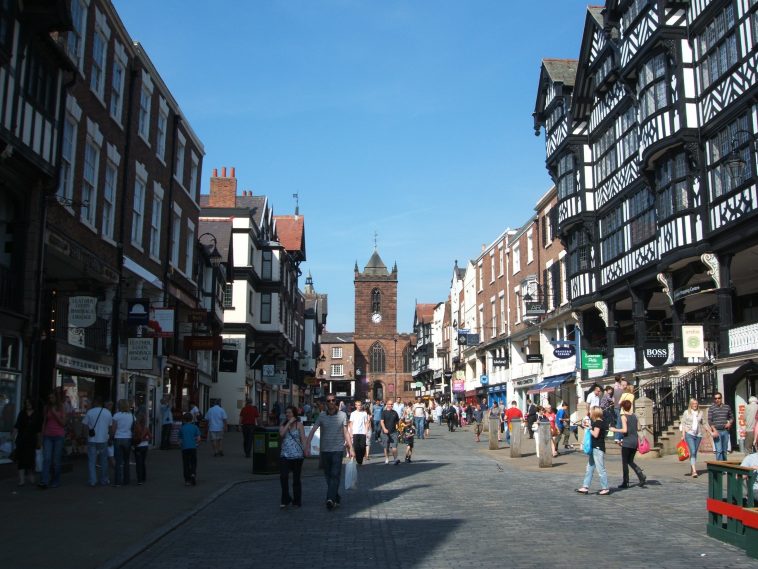 Chester, is a city in Cheshire, England. Lying on the River Dee, close to the border with Wales, it is home to 118,925 inhabitants, and is the largest and most populous settlement of the wider unitary authority area of Cheshire West and Chester, which had a population of 328,100 according to the 2001 Census. Chester was granted city status in 1541.