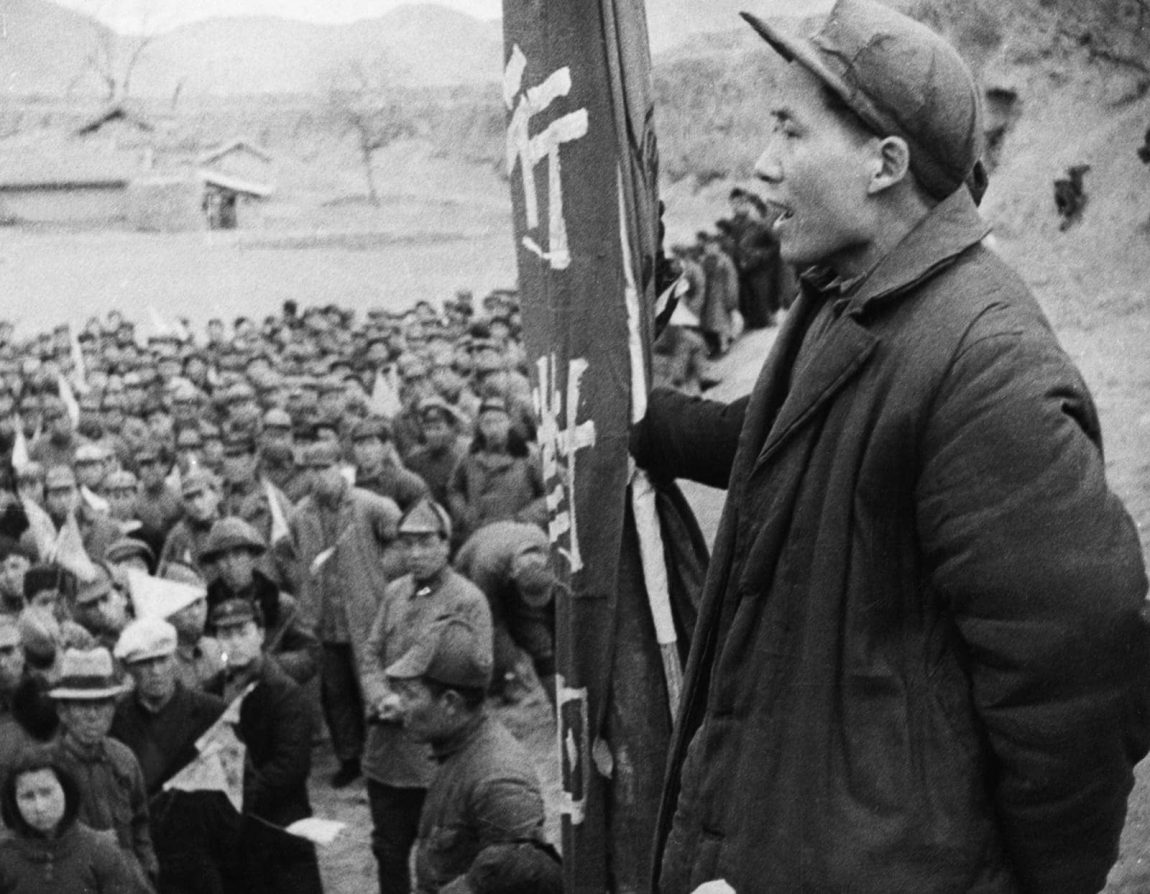 11/30/1944-China: Standing on a raised platform, Mao Tse-Tung, leader of China's Communists, addresses some of his followers. In the north of China, he and his Communist armies control some 80 million people and thousands of square miles of territory, in defiance of the Kuomintang Government. November 30, 1944 China. Mao Zedong Fox Photos/Hulton Archive/Getty Images

The Chinese Civil War (1927–1950) was a civil war in China fought between forces loyal to the government of the Republic of China led by the Kuomintang (KMT) and forces of the Communist Party of China (CPC). The war began in April 1927, amidst the Northern Expedition, and essentially ended when major active battles ceased in 1950.