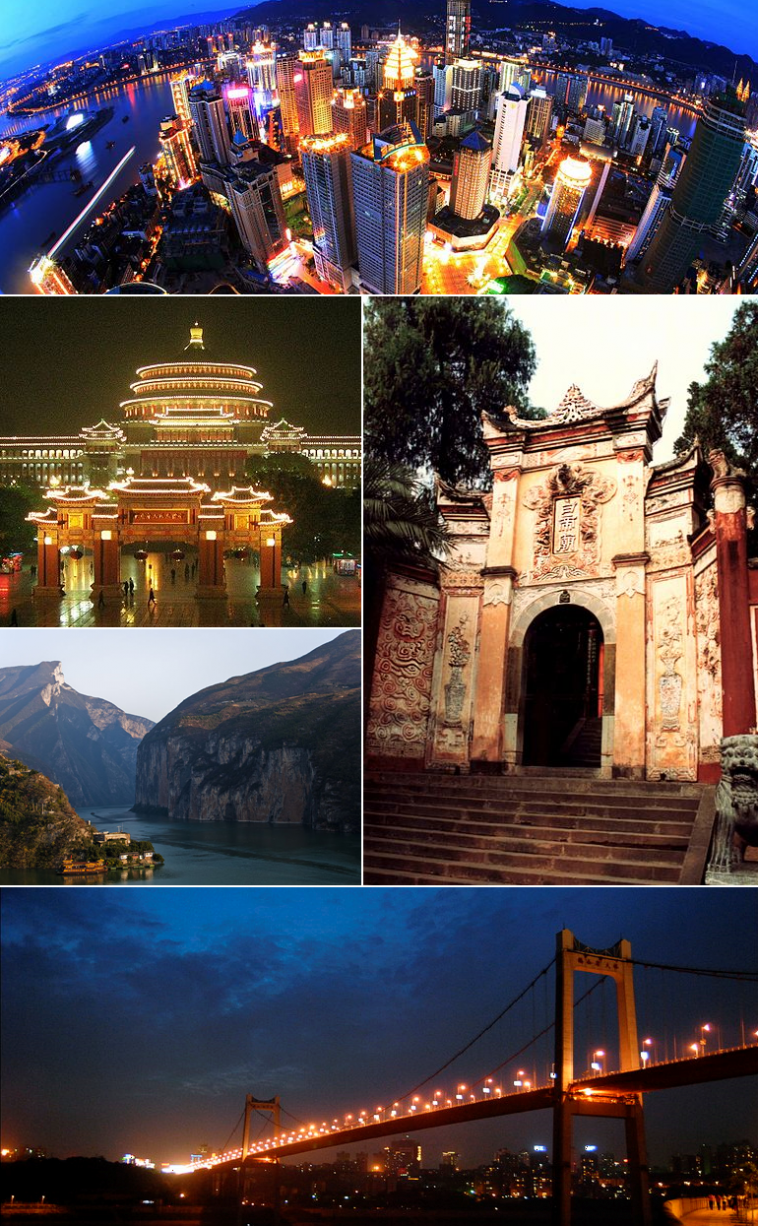 Chongqing is a major city in Southwest China and one of the five national central cities in the People’s Republic of China (PRC). Administratively, it is one of the PRC’s four direct-controlled municipalities, and the only such municipality in inland China. The municipality was created on 14 March 1997, succeeding the sub-provincial city administration that was part of Sichuan province.