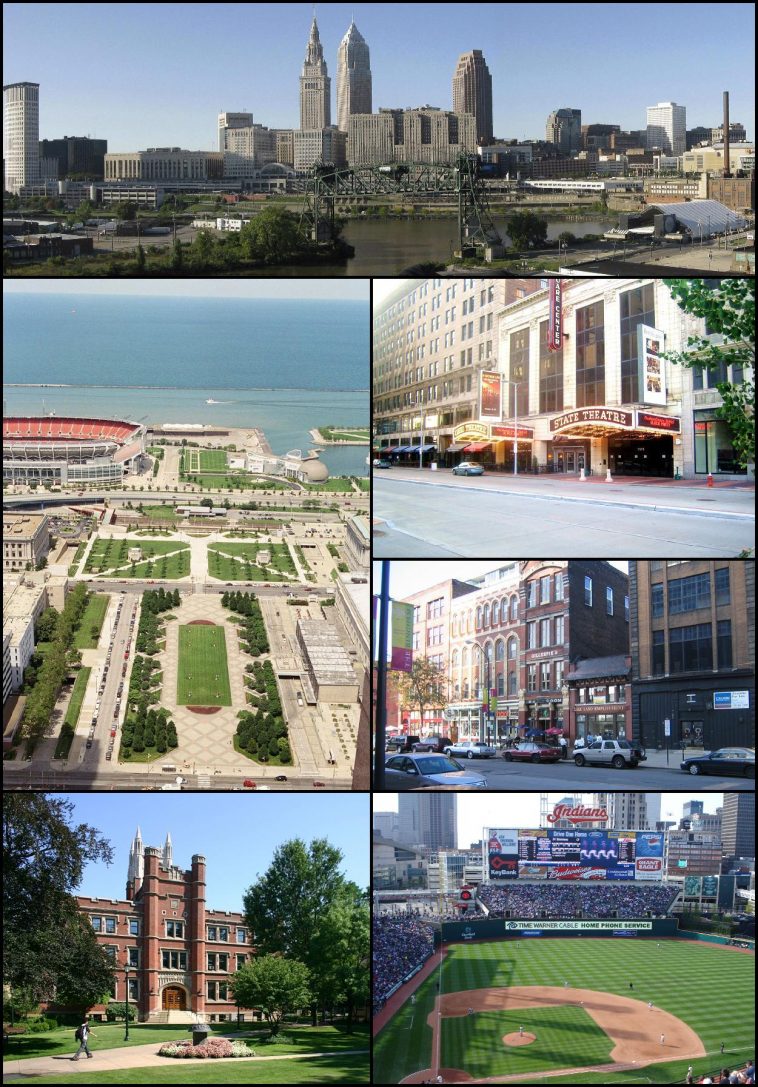 Cleveland is a city in the U.S. state of Ohio and is the county seat of Cuyahoga County, the most populous county in the state. The city is located in northeastern Ohio on the southern shore of Lake Erie, approximately 60 miles west of the Pennsylvania border. It was founded in 1796 near the mouth of the Cuyahoga River, and became a manufacturing center owing to its location on the lake shore, as well as being connected to numerous canals and railroad lines.