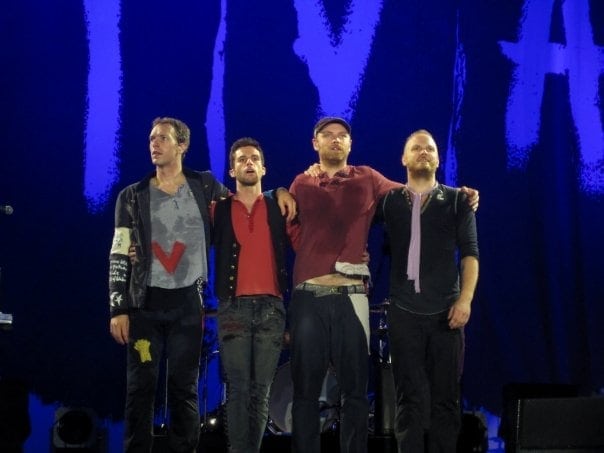 Coldplay are a British rock band formed in 1996 by lead vocalist Chris Martin and lead guitarist Jonny Buckland at University College London. After they formed under the name Pectoralz, Guy Berryman joined the group as a bassist and they changed their name to Starfish. Will Champion joined as a drummer, backing vocalist, and multi-instrumentalist, completing the line-up. Manager Phil Harvey is often considered an unofficial fifth member.