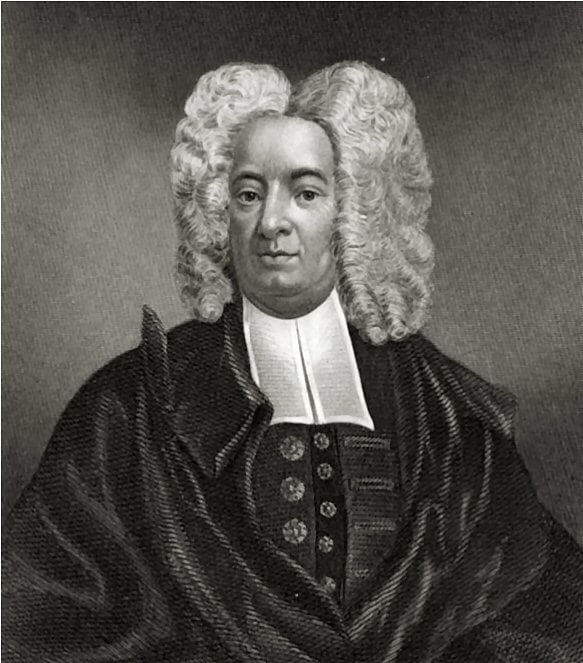 Cotton Mather, FRS (February 12, 1663 – February 13, 1728; A.B. 1678, Harvard College; A.M. 1681, honorary doctorate 1710, University of Glasgow) was a socially and politically influential New England Puritan minister, prolific author and pamphleteer; he is often remembered for his role in the Salem witch trials. He was the son of Increase Mather, and grandson of both John Cotton and Richard Mather, all also prominent Puritan ministers.