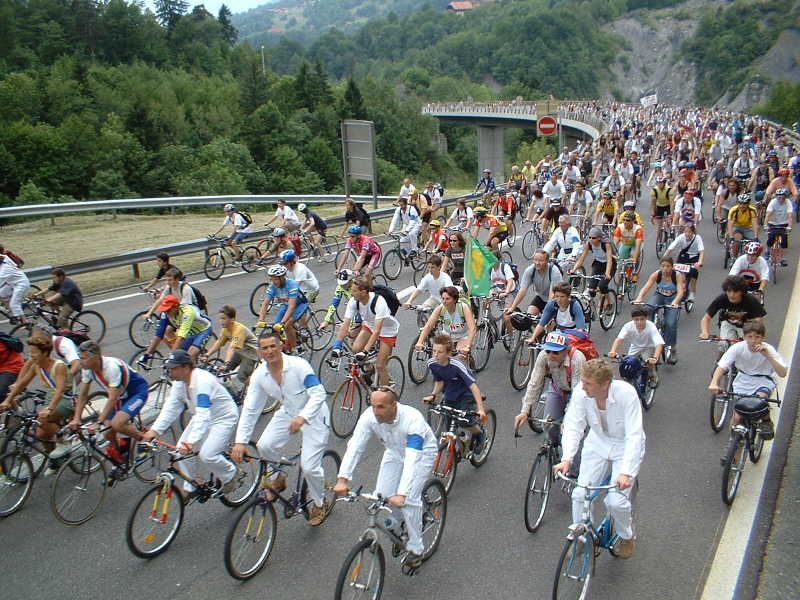 Cycling, also called bicycling or biking, is the use of bicycles for transport, recreation, or for sport. Persons engaged in cycling are cyclists or bicyclists. Apart from ordinary two-wheeled bicycles, cycling also includes riding unicycles, tricycles, quadracycles, and other similar human-powered vehicles (HPVs). Bicycles were introduced in the 19th century and now number about one billion worldwide. They are the principal means of transportation in many regions.