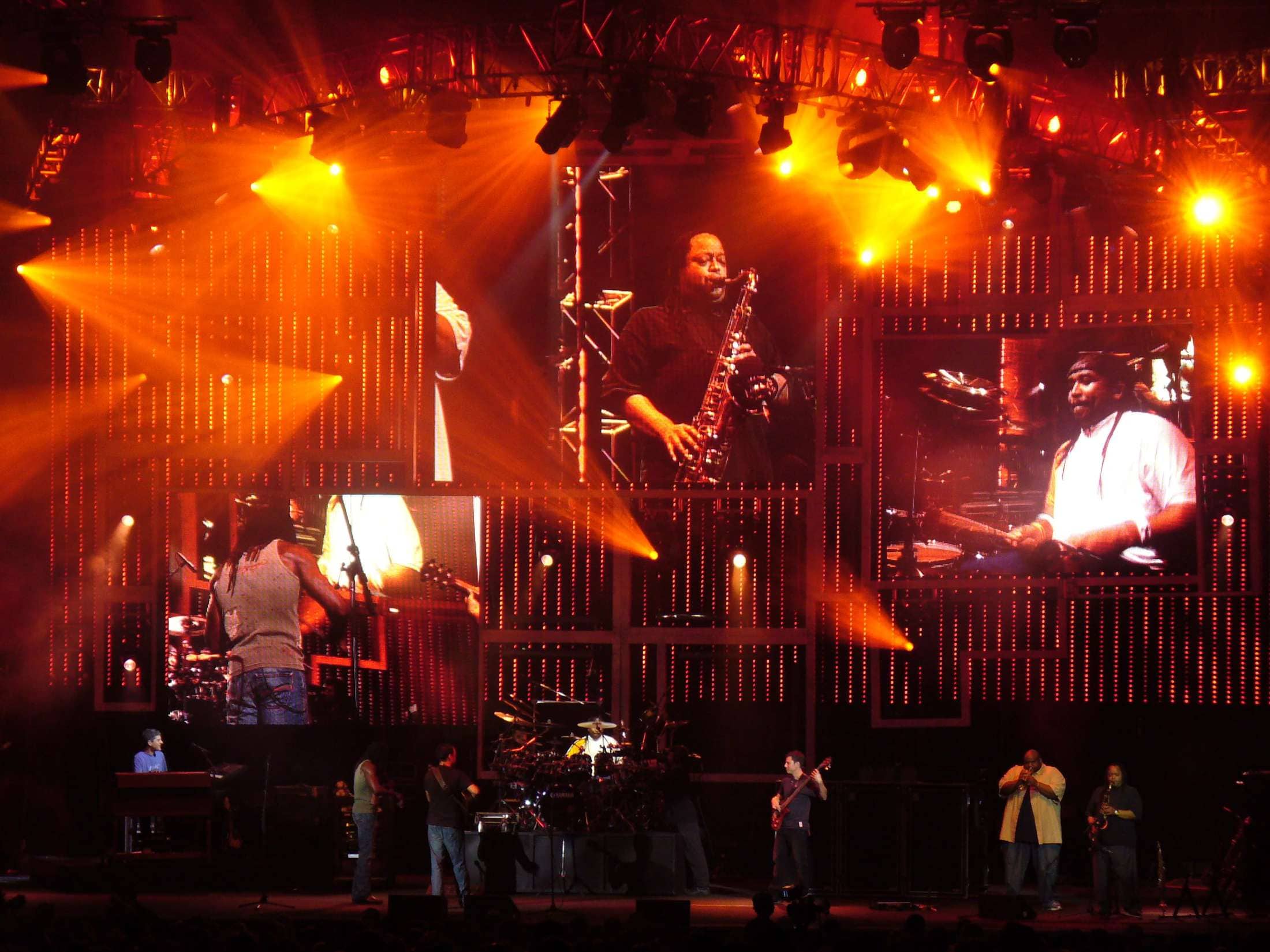 The Dave Matthews Band (DMB) is an American rock band that was formed in Charlottesville, Virginia, U.S. in 1991. The founding members were singer-songwriter and guitarist Dave Matthews, bassist Stefan Lessard, drummer/backing vocalist Carter Beauford and saxophonist LeRoi Moore. Boyd Tinsley was added to the band as a violinist soon after the band was formed. Moore died suddenly in August 2008 due to complications from injuries sustained in an ATV accident.