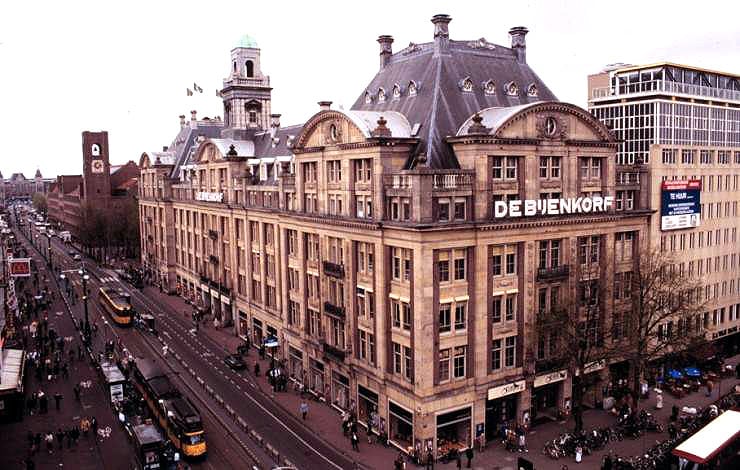 De Bijenkorf is a chain of high-end department stores in the Netherlands with its flagship store on Dam Square, Amsterdam. It was founded by Simon Philip Goudsmit (1845–1889). De Bijenkorf was owned by Maxeda (formerly known as VendexKBB), but at the end of 2010 was sold to the Weston family that also owns Britain’s Selfridges, Canada’s Holt Renfrew and Ireland’s Brown Thomas. The Weston family also owns 54.5% of Associated British Foods which in turn is the parent company of Primark.