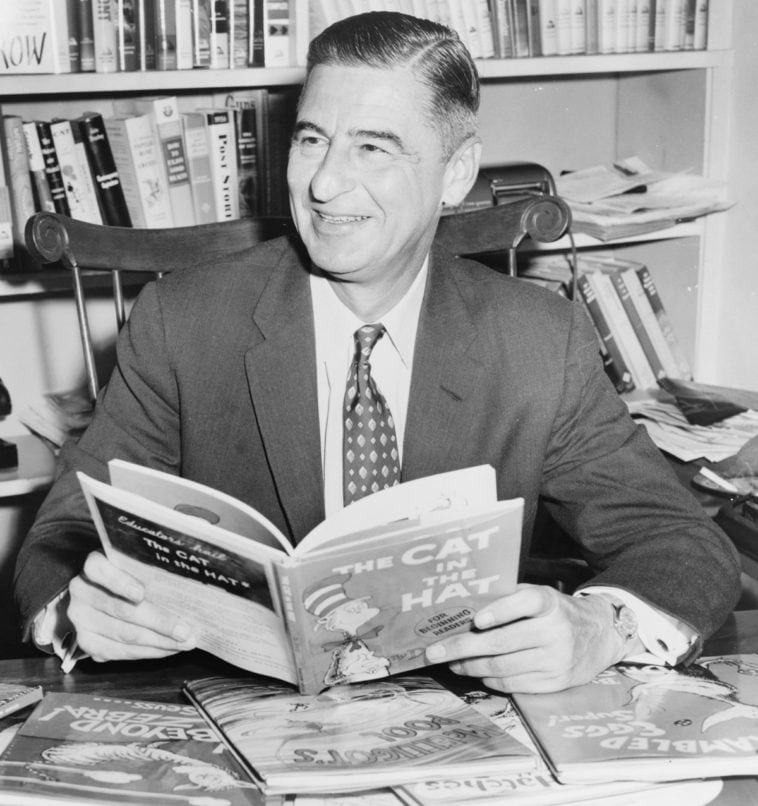 Theodor Seuss Geisel was an American writer, poet, and cartoonist most widely known for children’s picture books written and illustrated as Dr. Seuss. He had used the pen name Dr. Theophrastus Seuss in college and later used Theo LeSieg, and once Rosetta Stone, as well as Dr. Seuss. Geisel published 46 children’s books, which were often characterized by imaginative characters, rhyme, and frequent use of anapestic meter.