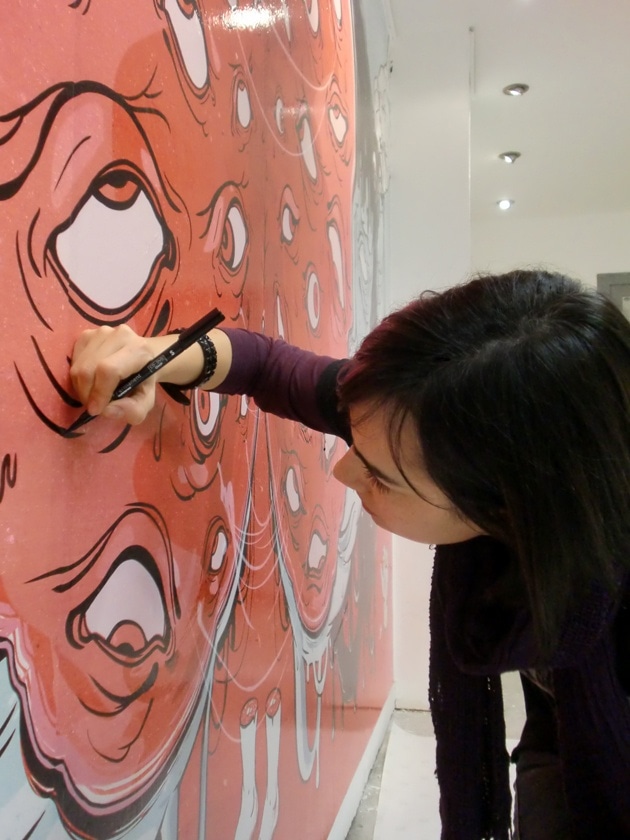 Her artwork mainly focused on parent-child connection, gender discrimination, women’s rights, feminism and human psychology. The characters in her early works can be outlined as uncanny, spooky and strange infants with mild faces, sharp teeth and shadows. There was significant dose grotesque in the images, severe form deformations, sagging and melting kinds merge and blend with intensive contrasts in black and red.
Her current artworks content is mostly centered on feminism, divine femininity, mysticism and women’s identity. She exemplifies rebel female personalities and proceeds away from all sort of definitions and identities of women which has been put by the male dominance. She uses mainly “Witch and Wicca” metaphors because of her rebellion women whose behaviors entirely against the common thoughts and belief of society.
She usually uses the digital press, digital imaging and CNC-machined productions also occasionally combines traditional media such as ink, acrylic, silkscreening for your artworks.