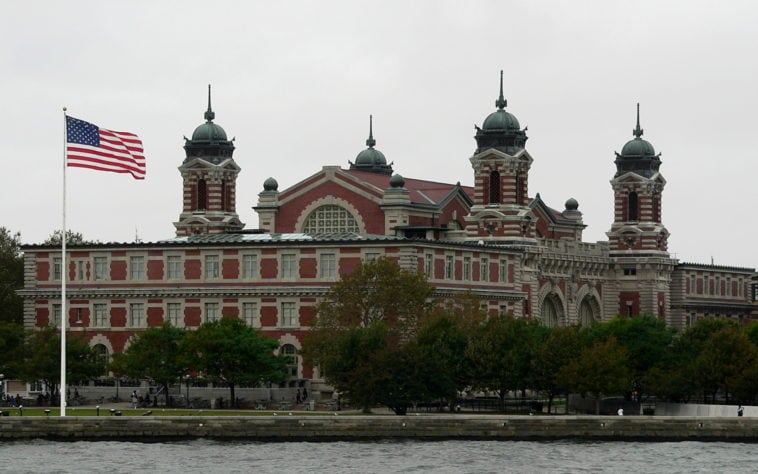 Ellis Island, in Upper New York Bay, was the gateway for millions of immigrants to the United States as the nation’s busiest immigrant inspection station from 1892 until 1924. The island was greatly expanded with land reclamation between 1892 and 1934. Before that, the much smaller original island was the site of Fort Gibson and later a naval magazine. The island was made part of the Statue of Liberty National Monument in 1965, and has hosted a museum of immigration since 1990.