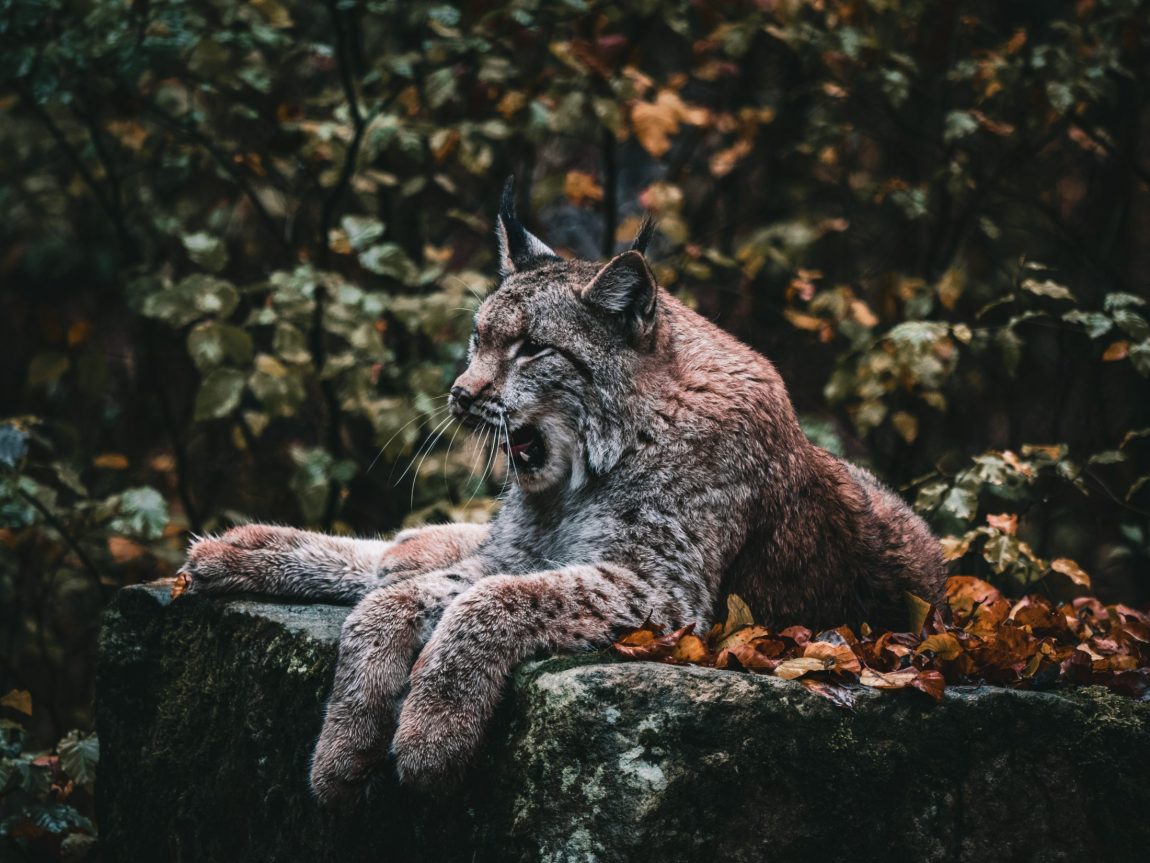 Felidae is the biological family of the cats; a member of this family is called a felid. The most familiar felid is the domestic cat, which first became associated with humans about 10,000 years ago; but the family includes all other wild cats, including the big cats. Extant felids belong to one of two subfamilies: Pantherinae, and Felinae. The first felids emerged during the Oligocene, about 25 million years ago.