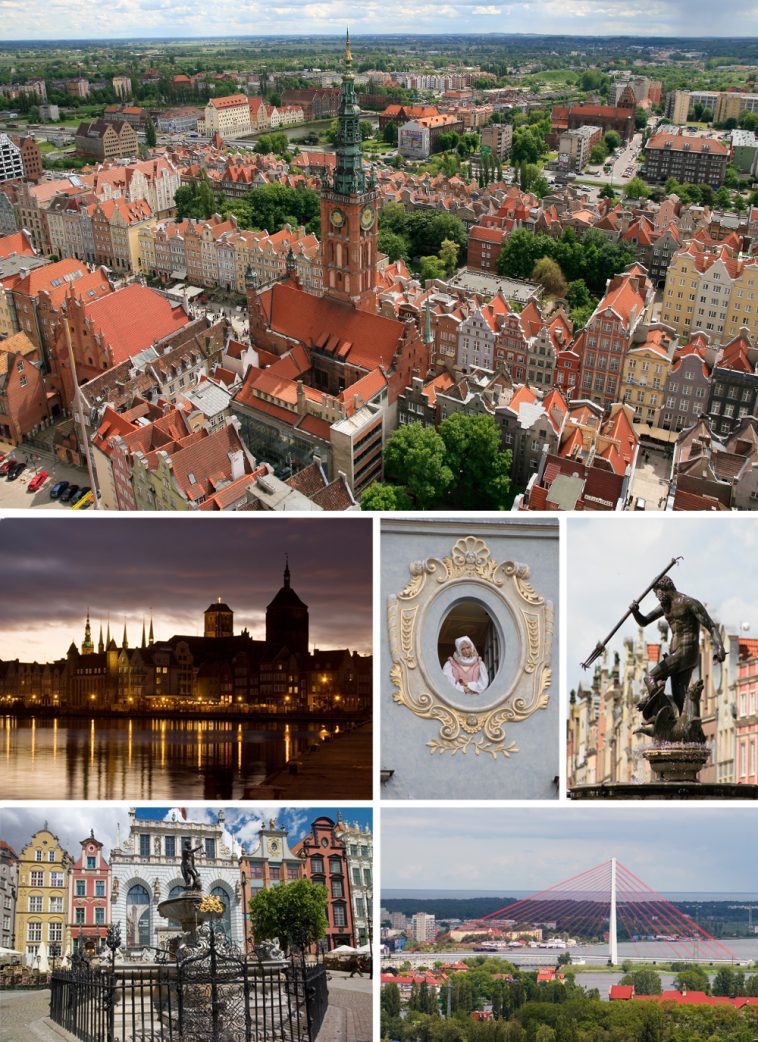 Gdańsk is a Polish city on the Baltic coast, the capital of the Pomeranian Voivodeship, Poland’s principal seaport and the center of the country’s fourth-largest metropolitan area. The city lies on the southern edge of Gdańsk Bay, in a conurbation with the city of Gdynia, spa town of Sopot, and suburban communities, which together form a metropolitan area called the Tricity (Trójmiasto), with a population near 740,000.