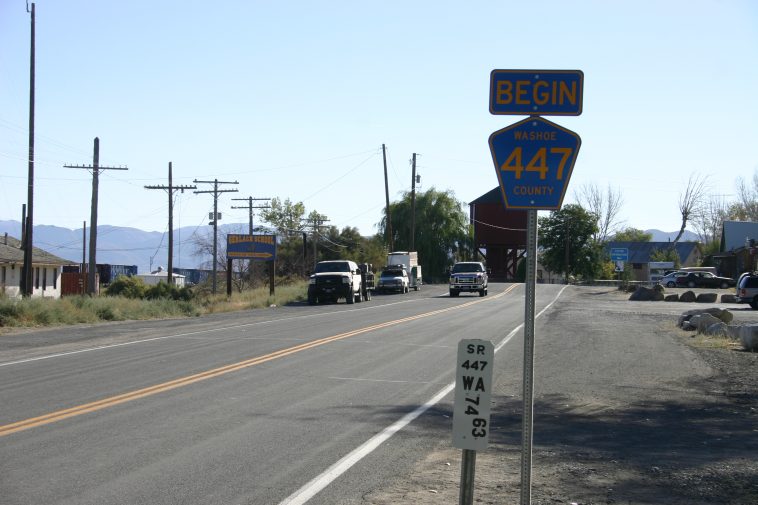 Gerlach is a census-designated place (CDP) in Washoe County, Nevada, United States. The population was 206 at the 2010 census. It is part of the Reno–Sparks Metropolitan Statistical Area. Prior to 2010, Gerlach was part of the Gerlach–Empire census-designated place. The town of Empire is now a separate CDP. The next nearest town, Nixon, is 60 miles to the south on a reservation owned by the Pyramid Lake Paiute Tribe. The Fly Geyser and Three Buddhas geysers are both located near Gerlach.