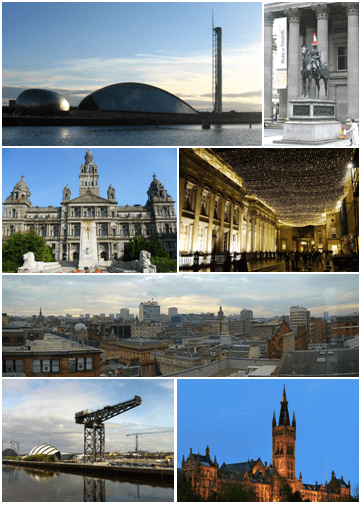 Glasgow is the largest city in Scotland. It is situated on the River Clyde in the country’s West Central Lowlands. Glasgow grew from a small rural settlement on the River Clyde to become one of the largest seaports in the world. Expanding from the medieval bishopric and royal burgh, and the later establishment of the University of Glasgow in the 15th century, it became a major centre of the Scottish Enlightenment in the 18th century.