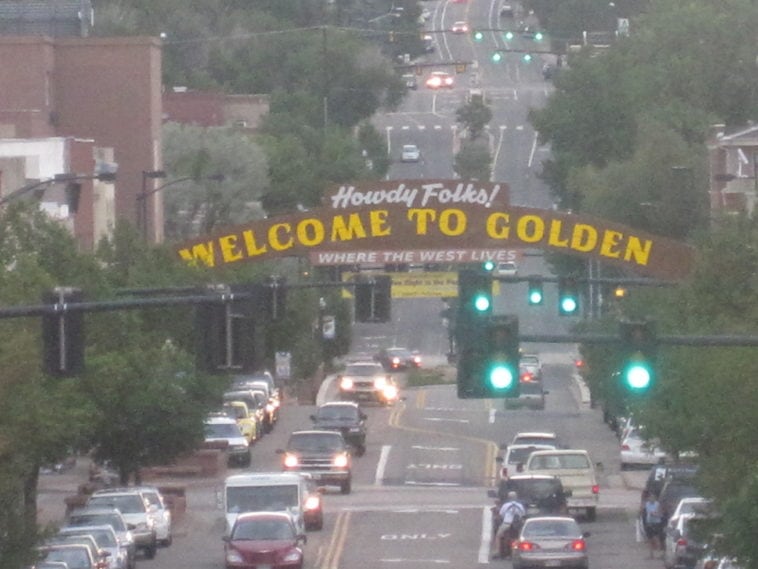 The City of Golden is a home rule municipality and the county seat of Jefferson County, Colorado, United States. Golden lies along Clear Creek at the edge of the foothills of the Front Range of the Rocky Mountains. Founded during the Pike’s Peak Gold Rush on 16 June 1859, the mining camp was originally named Golden City in honor of Thomas L. Golden.