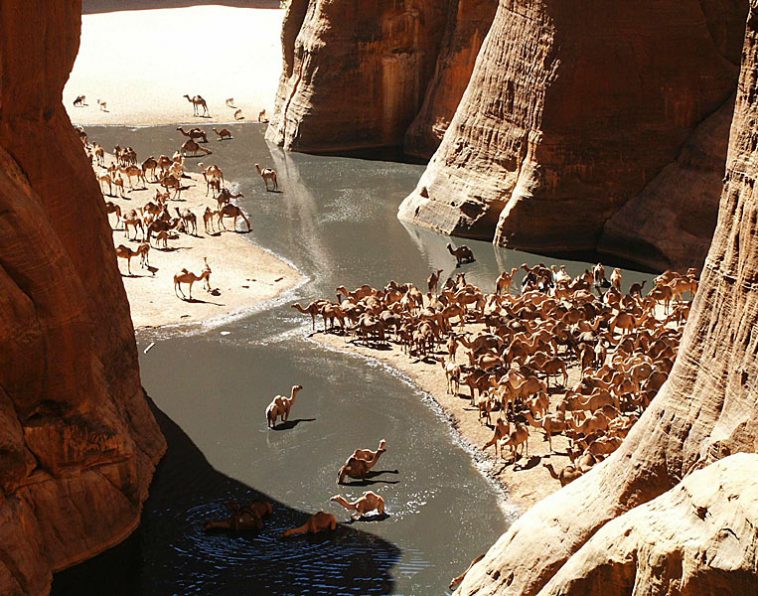 The Guelta d’Archei is probably the most famous guelta in the Sahara. It is located in the Ennedi Plateau, in north-eastern Chad, south-east of the town of Fada. The Guelta d’Archei is inhabited by several kinds of animals, most notably the Nile crocodile (Crocodylus niloticus Laurenti). Middle Holocene remains, as well as rock paintings, indicate that this species once thrived across most of today’s Sahara Desert and in swamps and rivers along South Mediterranean shores.