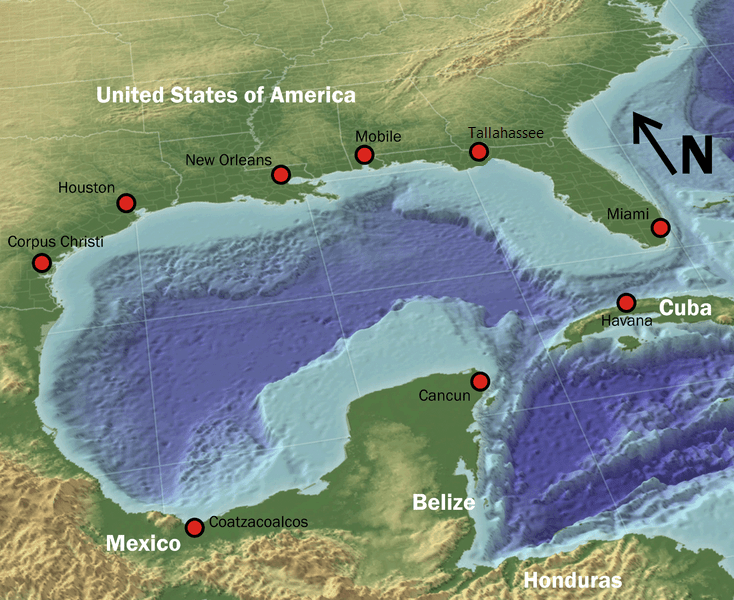 The Gulf of Mexico (Spanish: Golfo de México) is an ocean basin largely surrounded by the North American continent and the island of Cuba. It is bounded on the northeast, north and northwest by the Gulf Coast of the United States, on the southwest and south by Mexico, and on the southeast by Cuba. In Texas and Louisiana it is often called the “Third Coast,” in comparison with the U.S. Atlantic and Pacific coasts.