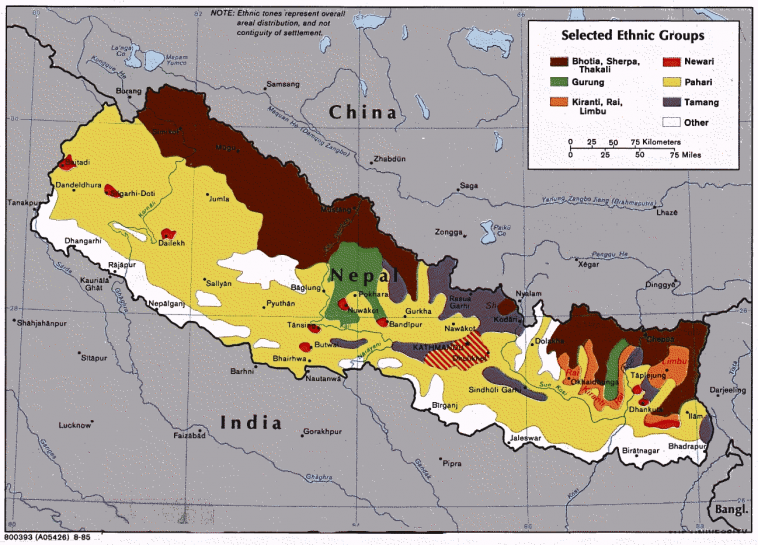 The Gurung people, also called Tamu, are an ethnic group that migrated from Mongolia in the 6th century to the central region of Nepal. Gurungs, like other east Asian featured peoples of Nepal such as Sherpa, Tamang, Thakali, Magar, Manaaggi, Mustaaggi, and Walunggi, are the indigenous people of Nepal’s mountain valleys. Their ancestors practiced Bön (shamanism), later converting to Tibetan Buddhism.