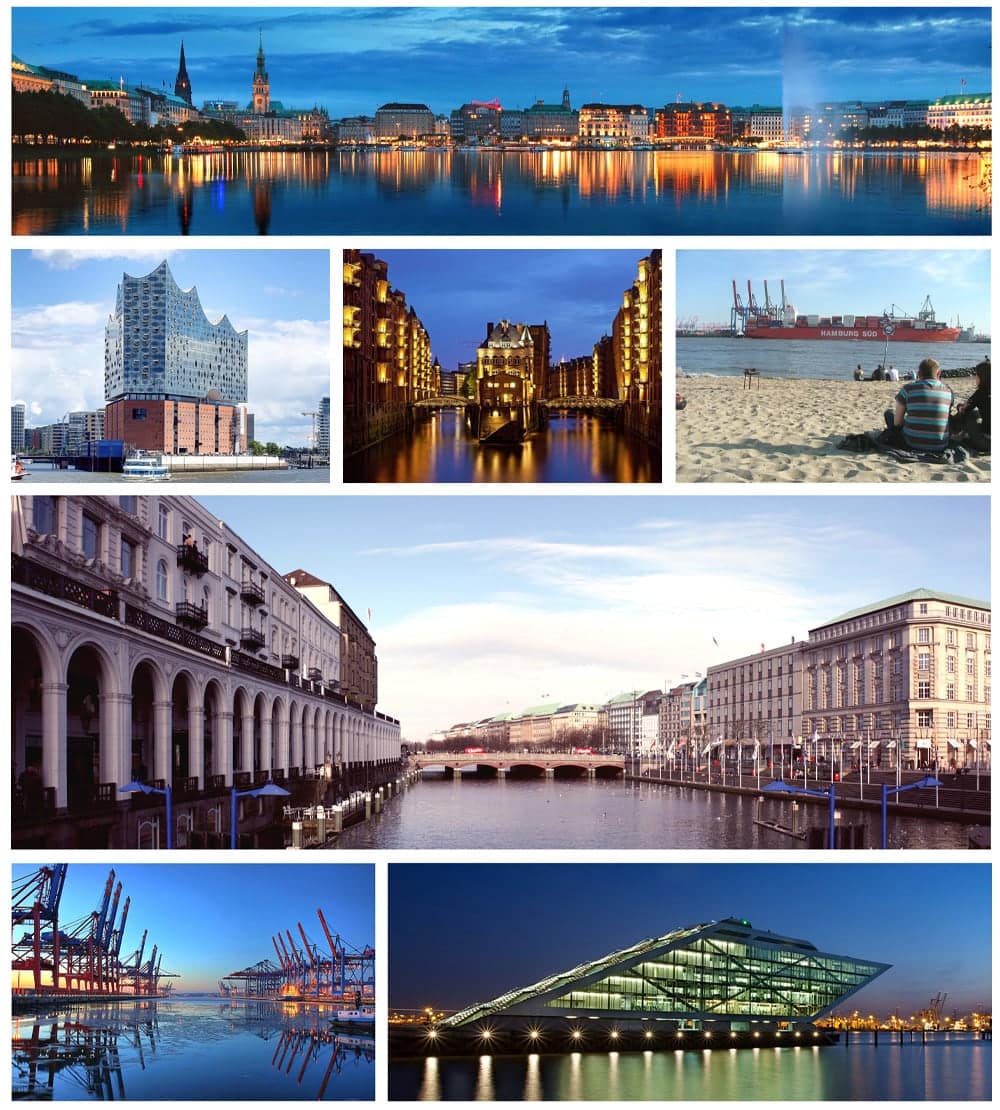 Hamburg, officially Free and Hanseatic City of Hamburg, is the second largest city in Germany and the sixth largest city in the European Union. It is also the thirteenth largest German state. The city is home to over 1.8 million people, while the Hamburg Metropolitan Region has more than 5 million inhabitants. Situated on the river Elbe, the port of Hamburg is the second largest port in Europe and tenth largest worldwide.