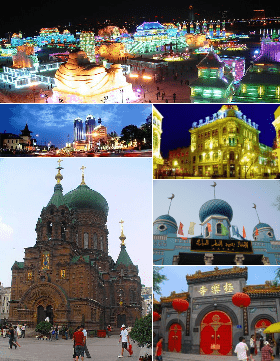 Harbin (Manchu language:, Harbin; is the capital and largest city of Heilongjiang Province in Northeast China, as well as the tenth most populated city in the People’s Republic of China. According to the 2010 China census data, the city’s urban area has 5,878,939 inhabitants, while the total population of the sub-provincial city is up to 10,635,971. Harbin serves as a key political, economic, scientific, cultural and communications hub in Northeast China.