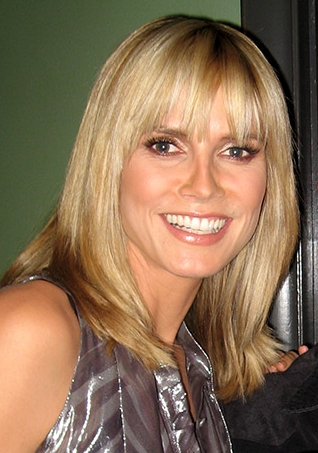 Heidi Klum (born June 1, 1973) is a German-American model, television host, businesswoman, fashion designer, television producer, and an occasional actress. In 2008, she became an American citizen while maintaining her native German citizenship. Klum became internationally known for her appearances on the cover of the Sports Illustrated Swimsuit Issue. In 1997 she became the first German model to become a Victoria’s Secret Angel.