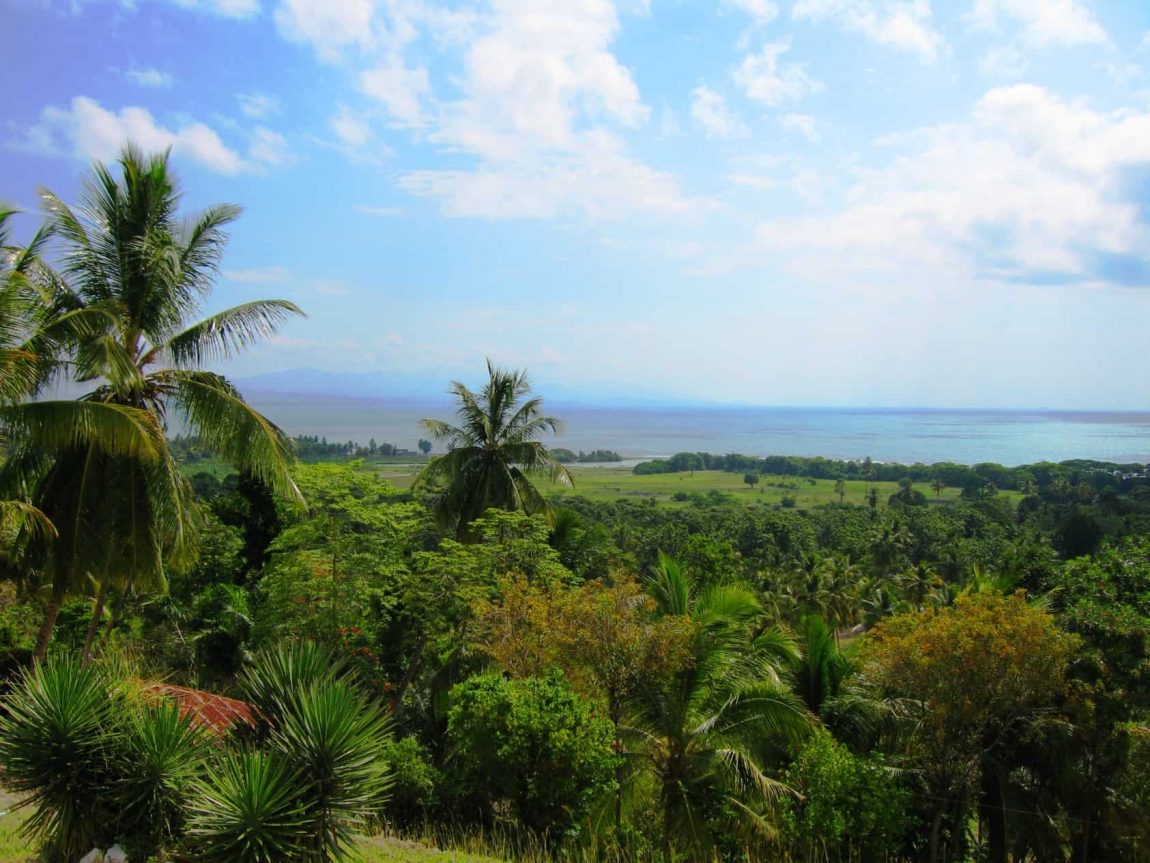 Hispaniola is a major Caribbean island comprising the two sovereign nations of Haiti and the Dominican Republic. The island is located between the islands of Cuba to the west and Puerto Rico to the east. Hispaniola is the site of the first European colonies in the New World which were founded by Christopher Columbus on his voyages in 1492 and 1493. It is the ninth-most-populous island in the world, and the most populous in the Americas.