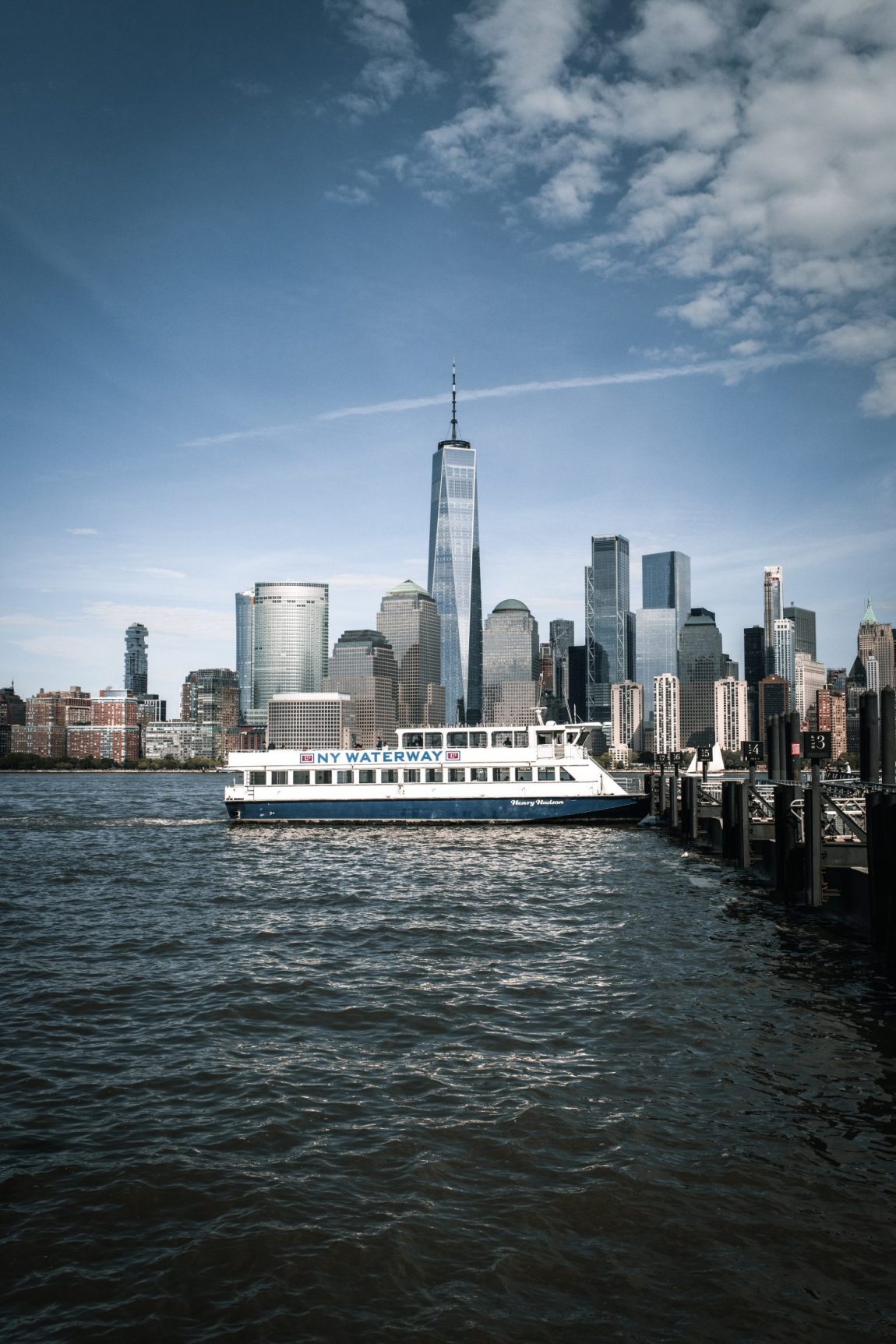 The Hudson River is a 315-mile watercourse that flows from north to south through eastern New York State in the United States. The river begins at Henderson Lake in Newcomb, New York. The river flows southward past the state capital at Albany and then eventually forms the boundary between New York City and the U.S. state of New Jersey at its mouth before emptying into Upper New York Bay. Its lower half is a tidal estuary, which occupies the Hudson Fjord.