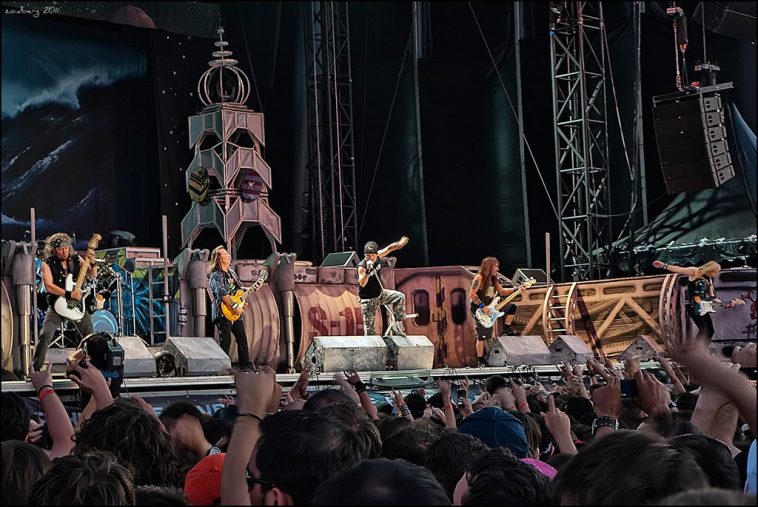 Iron Maiden are an English heavy metal band from Leyton in east London that were formed in 1975 by bassist and primary songwriter, Steve Harris. Since their inception, the band’s discography has grown to include a total of thirty-seven albums: fifteen studio albums; eleven live albums; four EPs; and seven compilations. Pioneers of the New Wave of British Heavy Metal, Iron Maiden achieved success during the early 1980s. After several line-up changes, the band went on to release a series of U.S.