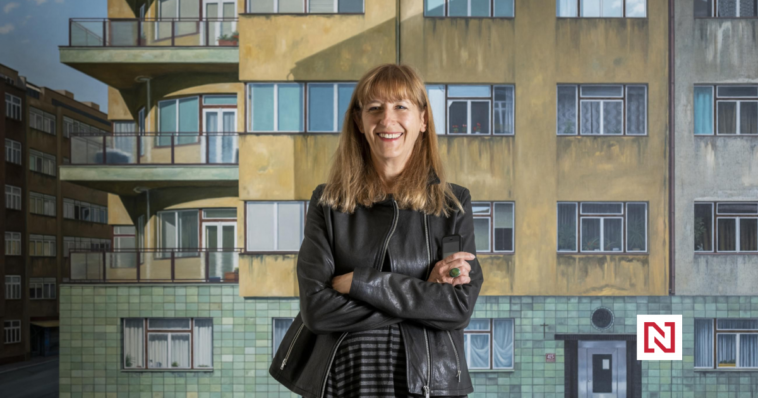 She now lives and works in Prague as a faculty member at the Technical University there (1978-1983). She is an architect by trade with a passion for architecture’s place within everyday life.

Architecture is her vocation and passion that she has pursued ever since 1978 when she graduated from the Faculty of Architecture at Czechoslovakian Technical University in Prague where she also worked for two years before finishing her PhD degree (1983) to teach at the same institution until 2003 when she became a full professor specialized in Architectural Theory.

She has been drawing for newspapers and journals since 1984, as well as illustrating more than 25 books. Ivana got her start when she was commissioned to illustrate children’s books after creating a comics strip series for children in 1991. She has also done work on animated films.

Her drawings often have grotesque reflections of the world which surround her with an always present sense of irony and patience, while she later began working with photography.