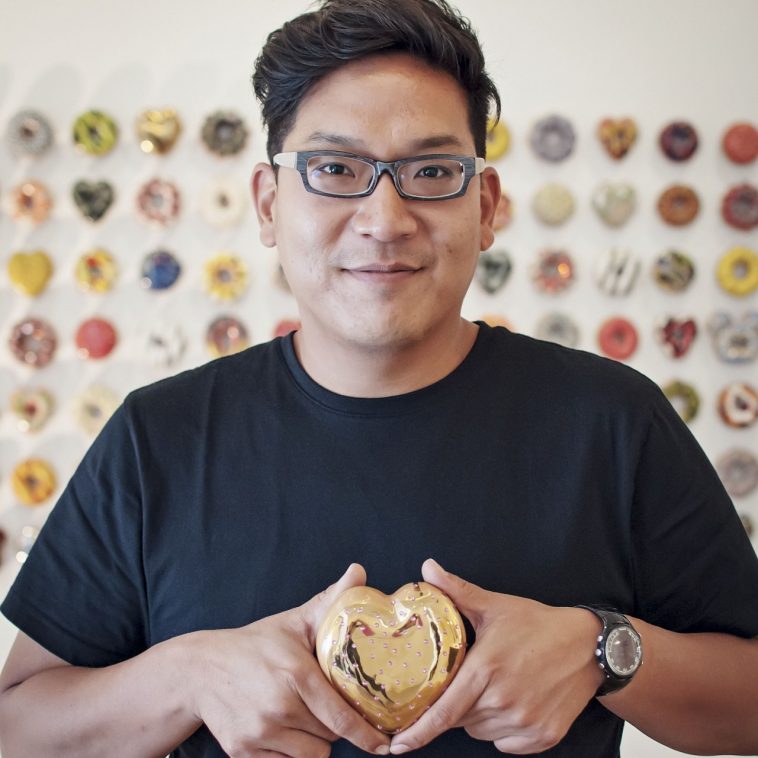 Jae Yong Kim was born in South Korea in 1973 and at the age of three moved to Kuwait when his father had been relocated as a regional manager thereof a construction company and lived with his family in Kuwait and Saudi Arabia to get a total of Five decades. He spent most of his adolescence and childhood in Seoul, South Korea until he graduated high school and went alone to the United States in 1994 to pursue a college degree. His first experience of freedom and his movement to the U.S. advises the issues in his work- which can be rooted to his urge to understand and locate his own identity and the significance of the ‘Home.’ He explores these issues through the use of a surrogate subject in his work, such as his dog Momo and snails. He’s recognized and celebrated because of his quirky, eclectic and funky renditions of those subjects, also for his ability to create a relatable language for the viewer to deal with human issues like cruelty, pain, anguish, joy, love, and friendship.

He had been chosen to engage in over forty group exhibitions like the “East & West Clay Works Exhibition” in the Mashiko Museum of Ceramic Art in Japan and the Korean Craft Promotion Foundation Gallery in Seoul, Korea, “The LEAP Award Finalists Exhibition” at the Society for Contemporary Craft in Pittsburgh, PA, “Generations: Impending Lineage” in the Art and Industry Gallery, San Diego, CA and many others, as well as in various educational institution settings such as the Taub Hall Gallery in the Hartford Art School, George Siegel Gallery in Montclair State University, Coviant Gallery in University of South Florida, and Cranbrook Art Museum. He had a solo show “Snailing” at the New Century Artists Gallery at New York and the Visual Research Gallery at New Haven, CT, along with also four other solo shows in Manchester Community College, Gallery at the Wood, The University Gallery at the University of Bridgeport, and the Taub Hall Gallery at the Hartford Art School. He also received the Juror Choice Award in a juror show, “Craft Forms” at the Wayne Art Center in Wayne, PA from jurors Alex Karros, Myra Mimlitch Gray, Sandra Brownlee, First Prize in the “Wood Memorial Biennial” in the Gallery in the Wood in South Windsor, CT juried by Susan Cross, associate curator of the Guggenheim Museum, and the Best of Show Award in the “Contemporary Vision” show at the University Gallery at Bridgeport, CT, from juror Ivan Karp, proprietor of the O.K. Harris Gallery.

Jae Yong Kim is included in collections such as the University of Hartford, University of Bridgeport, in Addition to in houses of private and individual collectors. He engaged in a summertime at Greenwich House Pottery in New York, along with a workshop with Sun-Ku Yhe, a ceramic sculptor at Alfred University.

The artist’s attention, research, and studio practices extend from making individual ceramic pieces, to installation, and contains an ongoing collaboration with a recognized good jewelry designer, Sally Sohn, whose designs are found at high-end retailers like New York Bergdorf Goodman, nationwide Neiman Marcus, Stanley Korshak along with others. He is always open to experimentation with different media, and pushing different media to their fullest capability and limit. The artist resides and works in Long Island City, NY.