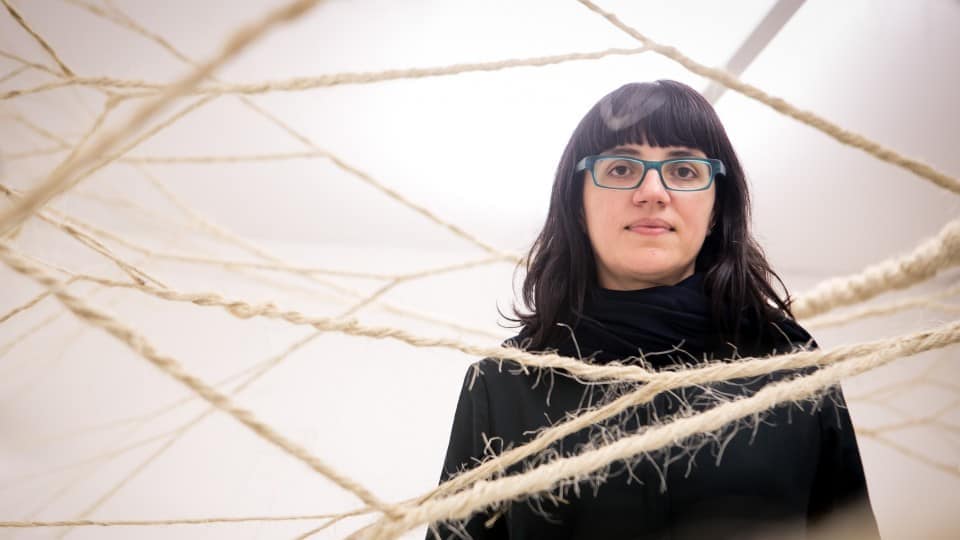 She graduated in Architecture in 1999 and studied Fine Arts from 2004 to 2007, both in the Federal University of Minas Gerais (UFMG), Brazil.

Her artistic output encompasses her knowledge of architecture, physics and mathematics and her observations about time, to weave her worldview. Her work transits between different scales – from the object to public spaces.

She has shown her work in exhibitions and shows in Sao Paulo, Brasilia, Belo Horizonte, Belem, Paraty, Italy and France, England among other places.