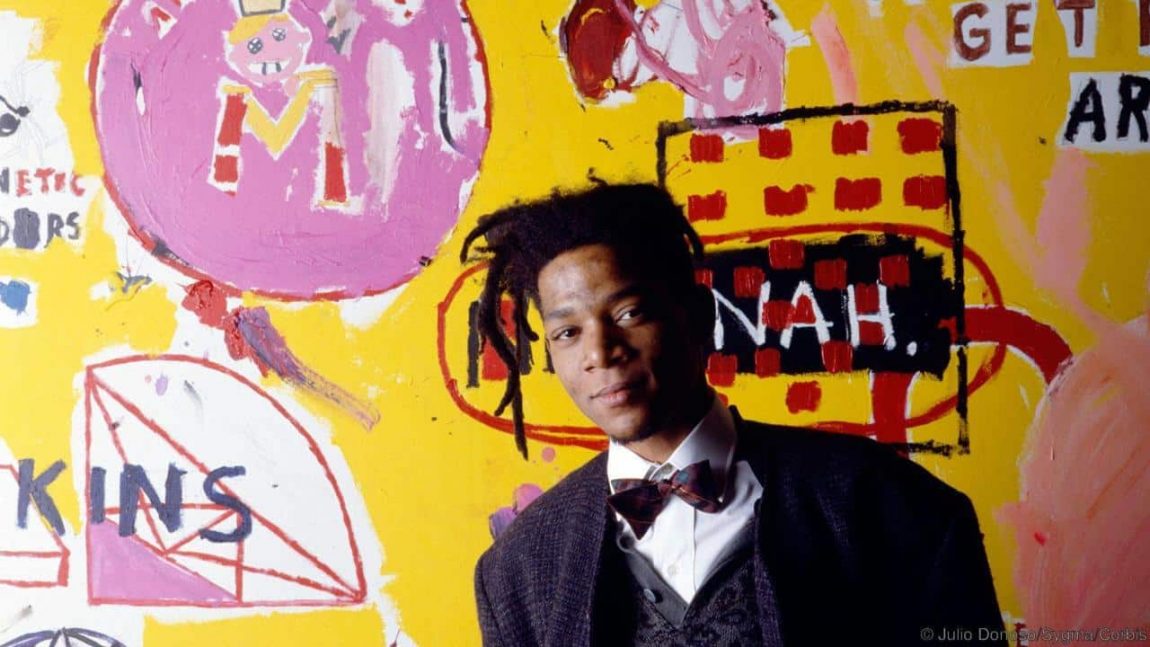 11 Jan 1988, Paris, France --- American artist, musician and producer of Haitian and Puerto Rican origins Jean-Michel Basquiat, in front of one of his paintings, during an exhibition at the Yvon Lambert gallery. --- Image by © Julio Donoso/Sygma/Corbis

Jean-Michel Basquiat (December 22, 1960 – August 12, 1988) was an American artist. He began as an obscure graffiti artist in New York City in the late 1970s and evolved into an acclaimed Neo-expressionist and Primitivist painter by the 1980s. Throughout his career Basquiat focused on “suggestive dichotomies,” such as wealth versus poverty, integration versus segregation, and inner versus outer experience.