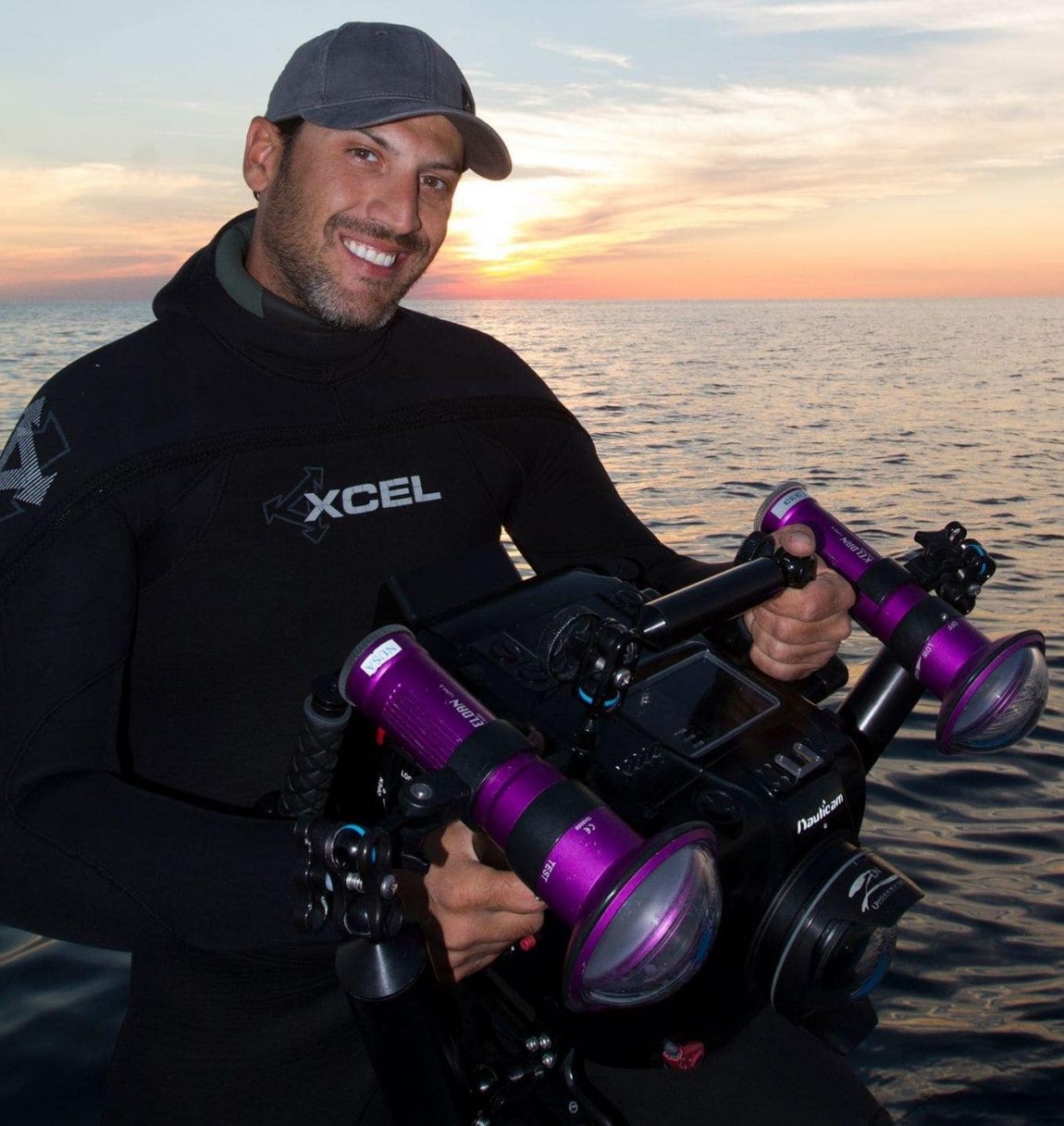 Naturalist and Award-winning cinematographer Joe Romeiro developed a love for the ocean at a young age. Especially, the shark. Along with awarding photographer and sound engineer Bill fisher they founded and created 333productions LLC / 333 Digital . They have created many award-winning films and he has won such notable awards as The Boston Sea Rovers Diver of the Year award, Blue Ocean Film festivals’ “Best new Film and Best New Cinematographer, ADEX Underwater Film of the Year Award, and the The Cousteau’s-Ocean Inspiration Award, awarded by the Cousteau family. He has worked with many of the shark’s field top scientists and Shark researchers and has grown to be a highly respected naturalist in the field of the Shark research and behavior. He has spent over a decade filming and interacting with sharks all over the world and regularly heads field expeditions.
Joe is one of the founders of the Atlantic Shark Institute, a member of the esteemed Explorers Club and Ocean Artists Society. His work has been featured on Discovery Networks, Discovery International, National Geographic, National geographic wild, BBC Wildlife, Animal Planet and many more.