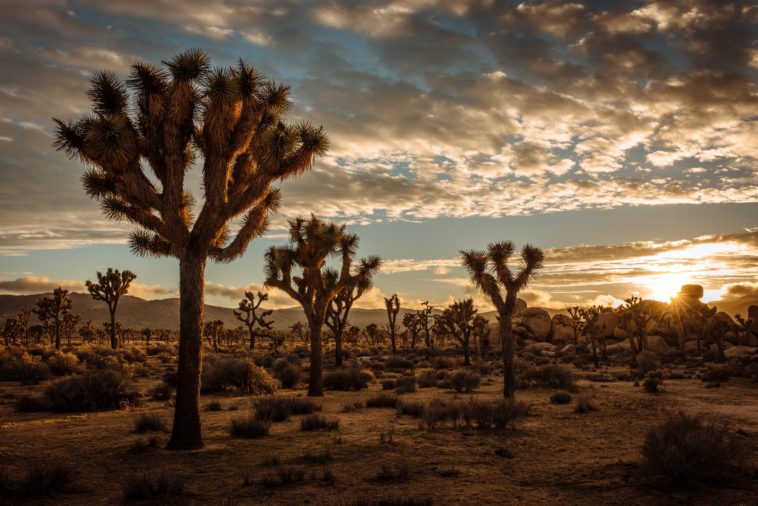 Joshua Tree National Park is located in southeastern California. Declared a U.S. National Park in 1994 when the U.S. Congress passed the California Desert Protection Act (Public Law 103-433), it had previously been a U.S. National Monument since 1936. It is named for the Joshua tree forests native to the park. It covers a land area of 790,636 acres – an area slightly larger than the state of Rhode Island. A large part of the park, some 429,690 acres, is a designated wilderness area.