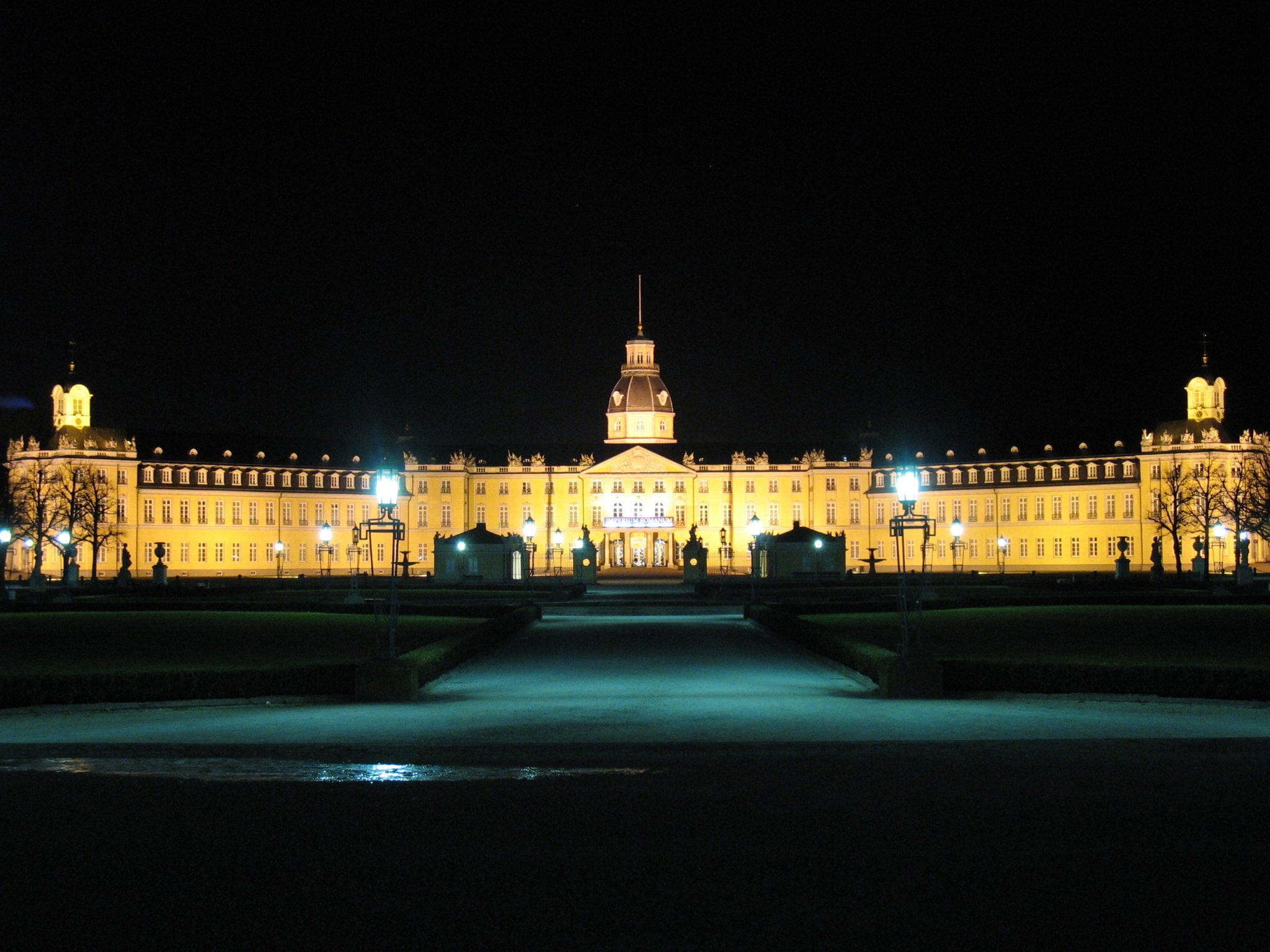 Karlsruhe (formerly Carlsruhe) is a city in the state of Baden-Württemberg, in southwest Germany, near the Franco-German border. Karlsruhe Palace was built in 1715 and the town is now the seat of two of the highest courts in Germany, the Federal Constitutional Court and the Federal Court of Justice. It has been speculated that Karlsruhe was a model for Washington, D.C. as both cities have a centre from which the streets radiate outward.