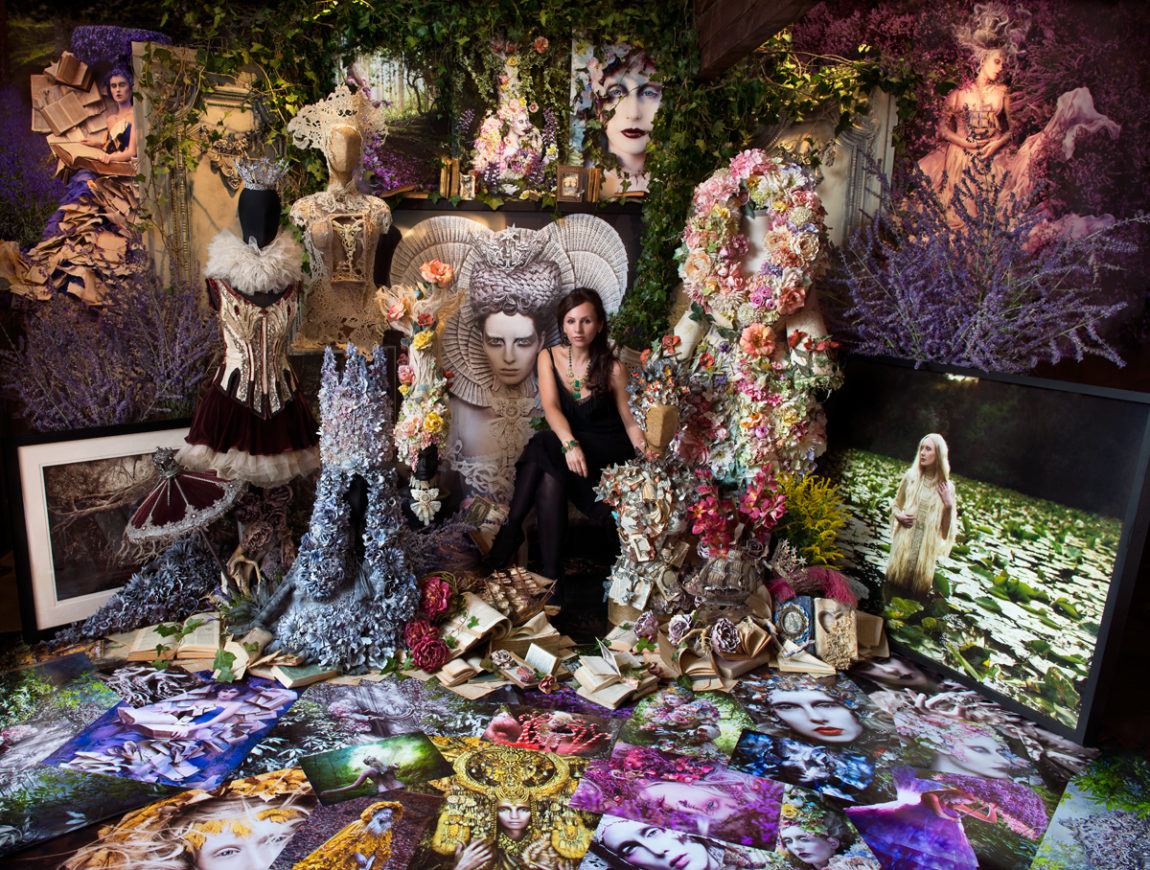 I was born in 1976 and raised in the English county of Kent, known to many as the ‘Garden of England’. My earliest memories were always of the stories read to me by my mother as a child … how it felt to be curled into her side, listening to the rush of her breath as she paused for effect, before launching into yet another character’s voice. She was an English teacher, and read to me almost everyday, to age I could no longer admit to my friends. She instilled in me the most precious gift a mother could, her imagination and a belief in beauty, it became my root, and the place I constantly try to return to in my work, and my dreams. Growing up, art became my sole passion. I studied until I was 25, taking courses in the history of art, photography, fine art, and then on to train in ‘Costume for Performance’ at the London College of Fashion. Having graduated and worked for a short time in the industry, I decided to further my education, and returned to university, completing a first-class degree with honors in fashion design, at Ravensbourne College of Art. During this time I also completed two internships at the design studios of Alexander McQueen and Hussein Chalayan, both of whom have affected me greatly.