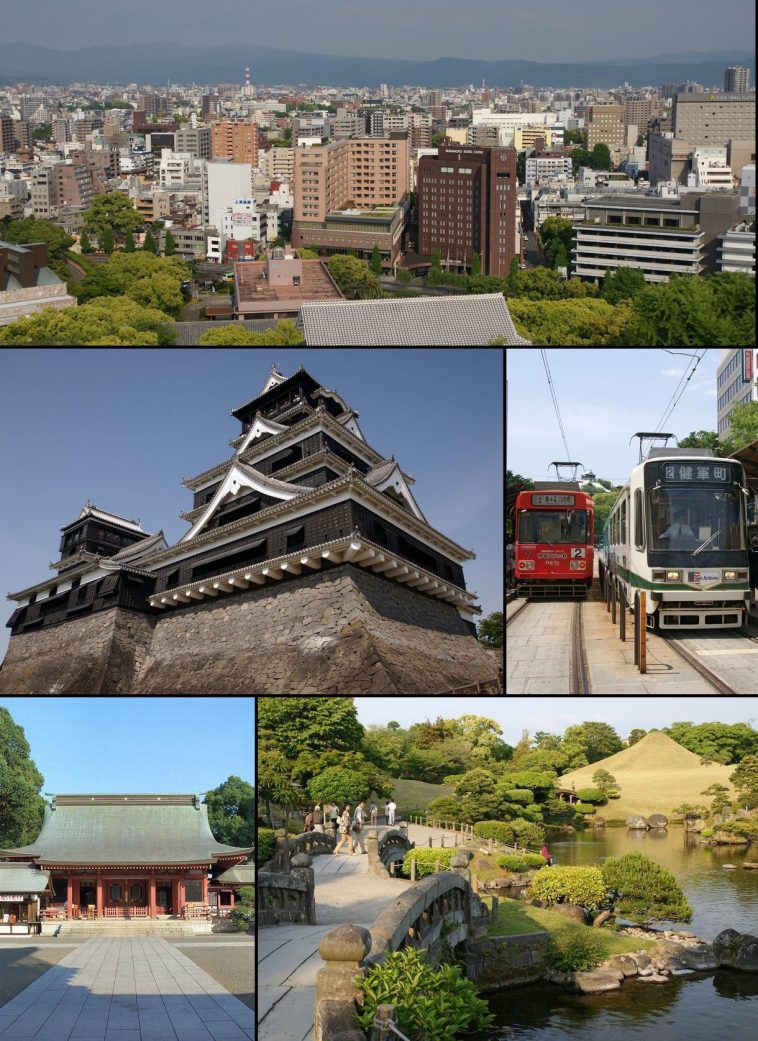 is the capital city of Kumamoto Prefecture on the island of Kyushu, Japan. Greater Kumamoto (熊本都市圏) has a population of 1,460,000, as of the 2000 census. It is not considered part of the Fukuoka–Kitakyushu metropolitan area, despite their shared border. The city was designated on April 1, 2012 by government ordinance.